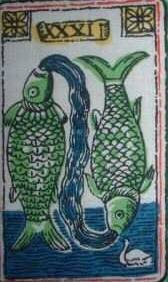 I am having some major problems getting along and dealing with his daughter. To be completely frank, I think she is a spoiled, disrespectful, manipulative brat! She doesn’t think she needs to listen to me because I’m not her mother. She contradicts everything I say. She treats my daughter very poorly – taking things away from her, yelling at her, threatening her. I am at my wit’s end with her and my boyfriend is not supporting me with this. He thinks we just need to try to get along.

I am wondering if you have any advice on how I can solve my dilemma.

Thank you,
Pisces Living in Hell

I could go and on I’m sure, but bottom line: if this girl’s father is not going to get involved, you don’t have a hope in hell of solving this. She will just keep doing what she is doing until you give up and move away. Seriously, there is no way to win.

And if you think about it, your problem is not really with HER – it is with HIM. He sounds completely ineffectual at best, but it may be even uglier. To me, he sounds passive aggressive as he allows his daughter to pick fights with you, and to pick on your daughter while he stands by whining, “why can’t we all just get along?”

If this is what he wants to happen, then why doesn’t he take some action? Instead, he is letting his nine year old act out the family anger, while he stands there, clean as a whistle. Sorry, maaan. I don’t buy it.

See, the girl’s chart is pretty good. I don’t think she is a bitch on wheels, or particularly devious or anything like that. She’s a little girl with a pretty good chart… who wants her daddy to herself, which is normal. And here you show up to compete – with a cute little baby to boot – and the fact there is going to be a problem is a given.

But it’s a problem only Daddy can solve, so this is where I would focus if I were you. Is he or is he not going to step up to the plate? Good luck.