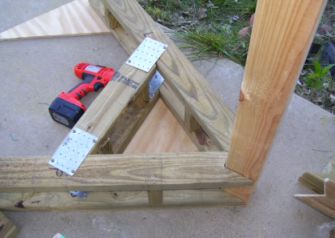 Many of you know that my grandfather and double Capricorn, Henry built houses. He built adobe houses specifically and I built them with him.

Consequently I have never picked a man who cannot build things and the soldier is no exception.

He landed here and started drawing plans on day two.  He is now building.  That’s the beginning of a sawhorse which will be heavy-duty, multi-purpose and necessary so he can build his next ideas.

“You do perfect work don’t you?” I asked.

“Yeah, me neither. But how did you learn to build like that anyway? Who taught you? It wasn’t your father… was it? I don’t remember you mentioning doing things like this with him.”

“Oh, I just learned my whole life. Learned a little here, some there. Learned in Special Forces.”

“Really?” I was surprised. “I didn’t know Special Forces taught you to build things.” 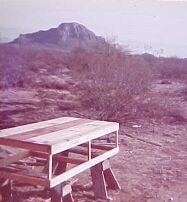 “Yeah, I don’t know why people think we’re just killing motherfuckers.  Yeah, we’ll kill you if you need to be killed but building communities and fixing things to people can live their lives is 95-98% of what we do.” He grinned. “But I guess Stephen King is just the smartest man on the planet.”

As for the astrology, soldier has Mars square Saturn (a much maligned aspect) and this is one way it manifests. On my end, there is the 8th house legacy to consider.  The second picture is of Henry’s sawhorses. He is building his (outdoor) bed there.

Can you build things? Where is Saturn in your chart?