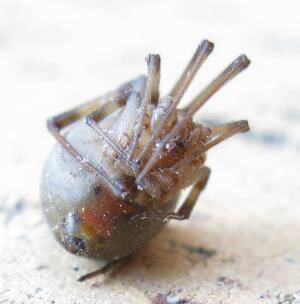 This is going to be a month to watch! Mars in Aries will turn retrograde tomorrow, September 9th, in aspect to retrograde Jupiter, Saturn and Pluto.

This describes some profound machinations!

Have you ever seen a movie; you think it’s complex and interesting but it would never happen in real life? I’m talking about a film that features diabolical, chance encounters, betrayal, outrageous grace,  paranoia, twists and turns, break-ups, and on top of that, everyone is gorgeous!

I just saw some news gal talk about getting “stabbed in the foot”.  “Doesn’t she mean, stabbed in the back?” I asked my husband?  Who knows what she means?  Let’s look at the players:

I’m sorry! But no one is going to be able to wrap their head around all that and tell you what it means.  Matter of fact it’s going to take many years to understand the impact of this period in history, on the individual as well as the collective. This applies for sure:

Outer Planet Transit? Expect To Lose A 10-Year Chunk Of Your Life

We’re living in that crazy movie, times ten. In this movie, there is a gal who has two surgeries on her spine in three days and refuses pain medication. “Can I just have some water, instead?” Seeing the nurse stare at me, I explained and apologized. “I’m very sorry. I’m know I am odd, but there is room in the world for an odd person like me.”

“There is room in the world for everyone,” she said.

It’s like being stabbed in the foot! Who knows what it all means?  So much is out of our hands.

The best thing a person can do is to prepare for their future, which is dead ahead. There were a number of weeks, I had a lot of clients afraid they were going to die. I told virtually all of them; the non-dying people, they’d fare better to begin planning to survive. Pluto in Capricorn, yes?

“You may live another thirty years!” I said. People forget this!  You’re likely not dying.

If you put all my recent posts together, they do suggest we’re going to make it the future… which will occur in December, for sure, when Jupiter and Saturn form a conjunction in AQUARIUS. I’m covering this in my newsletter because my blog is no longer where this type content belongs.

“How Tragic Is Your Scenery?”

I am going to leave behind, walking around like a crooked troll with a twisted spine.

The image is By Jon Richfield. It’s a spider, faking it’s death in a threatening situation so that it might live.