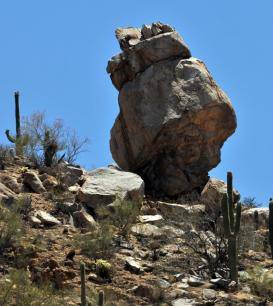 The exact conjunction of Saturn and Pluto in Capricorn took place on January 12, 2020. There was a large stellium in Capricorn at the time. It’s broken up now. However, there is still a heavy weight in all of our lives.  This is because the Saturn Pluto conjunction will be sustained throughout most of the year.

This is surprising people and it’s easy to see why.  Astrologers, including me, focused on the exact conjunction. This led people to think that once they cleared January, it would be smooth sailing. Instead, they’ve got a huge rock in their pocket. Some kind of ball and chain, that is painful!

I wrote about the effect of this conjunction, in each of the houses, back in August, 2019. It’s a solid post. If you’re looking for insight into impact based on where the conjunction lands in your natal chart, here it is.  Next, I’ll detail the months ahead.

February, 2020 – Saturn and Pluto are conjunct in Capricorn between 23 and 28 degrees.  That’s a tight conjunction, when we’re talking about something of this magnitude. If you have Cardinal planets near these degrees, no doubt, you’re dealing with something heavyweight at this time. Try to acclimate because it’s not going to resolve quickly.

March, 2020 – Pluto will be stationing direct at 24 degrees. If this aspects your personal planets, you’ll be deeply impacted. However, the stress of a weighty burden should lesson as Saturn slowly separates from Pluto and ingresses into Aquarius towards the end of the month (23rd). You’ll likely see this as a game-changer or most succinctly, an introduction to how the game might change. In whatever case, it will mark progress.

Saturn will be in Aquarius for three months. Pluto will remain in Capricorn @ 24 degrees. At this point, you can see these bodies as separated.  We’ll get a feel for Saturn in Aquarius.  If you have planets in Cardinal signs, impacted by the Pluto station… well, so do I. I call this, “sit and spin”.

Saturn will be back in Capricorn on the July 2nd, 2020.  It will retrograde back to 27 degrees in this time frame.  Meanwhile, Pluto will advance to 23 degrees.  We’re back to a tight conjunction again.  It’s a repeat of February with a critical difference. Jupiter will also be involved at this point. I’ll cover that business in a separate post.

Where does the Saturn Pluto conjunction fall in your chart? How is it manifesting?