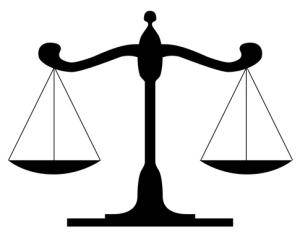 I had someone today say something to me that was stunningly rude. I mean, so rude that all I could do is flap my gums, helplessly. If you knew me, you’d say “now THAT’S funny!” I’m not usually one that puts up with such overt crazy. But in this case, I had the presence of mind to know that if I fired back, there would be severe repercussions. I kept my mouth shut. And remembered a few minutes later that Mars is approaching Uranus. The next few days are going to be lessons in diplomacy for me. Then, as I drove into my driveway, my landlord was standing there. He and I chatted for a minute, then I walked into my apartment and had the strong suspicion that my landlord had entered without my permission when I was at work… my son’s bedroom door was open, and my son does not live here anymore. Again, I was left speechless. I knew I could confront him, but he could easily deny it.

Maybe the Uranus/Mars conjunction, opposite Jupiter, does not impact anything in your chart at 19-22 of the cardinal signs. Maybe the worst you’ll suffer is the frustration of your computer shutting down to install updates, without your permission, as mine just did as I began this post. If so, lucky you.

Maybe, however, you’ll be offered the “opportunity” to weigh the options of firing back when you are gobsmacked by someone’s rudeness, incivility, or a downright violation of your rights. If you do fire back, I think you best be armed with a lot of facts that can be proven. With Jupiter in Libra opposing this Uranus/Mars conjunction, and Pluto –t-squaring it, we are being asked to look at all the sides of a situation before taking action. This is especially hard because Pluto/Mars/Uranus is HEAVY ego action. Go ahead…. Kick the dirt. Just don’t throw it at anyone.

While I get really sick of the phrase “take the high road”, there is ample reason to think not once, but thrice, in the next few days. Don’t let them get your goat to the point you feel you have to attack back. I really get the feeling that the ones that are going to be left standing are the ones who drew their gun last.

Mars/Uranus is exact on the 26th. Lay low this weekend, and stay safe. The transits are always more potent as they are building, especially so with Mars involved.