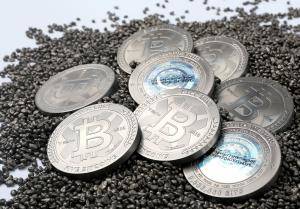 At one point during this hacking episode, ads were places all over my site. There was a blinking BITCOIN ad, up top and google ads as far as the eye can see. Of course this got me thinking.

Everywhere I look, I see people, or entities opposed. For example, publishers want to monetize their content. Ad-blockers interfere with this.

It’s widely understood at this point, Google favors the Left. Google can do a lot of damage to a Right-leaning site or “influencer”; this term has caught on. The Right fights back.

One way the right is fighting back is by creating a browser plugin that not only blocks ads, but clicks on them.  Think about it. You go to a site; you can’t see the ads because they’re blocked.  But at the same time, the plugin clicks the invisible ads.

This causes Google to have to pay the publisher, but it also harms their product because the advertiser will not get any sales for their advertising buck.  Pretty tricky, huh? This happens, silently. Spooky, huh?

So that’s the deal but what about the unintended consequence of this?

People rarely click ads. If this rate climbs even a little bit, it will motivate more people to place ads on their site. But it will also motivate people to hack sites and place ads; this is common sense. The value of an ad on a site is rising at a high rate this time (though it’s worth less or even worthless to the person paying for it).

This is more on the theme of machine vs machine which has captivated me recently. I even think of young (recording) artists with their machined voices.  I’ve written about this before. Slowly, it’s not the artists / humans that compete for sales and awards, but the machines and algorithms that dictate their moves on all levels.

I don’t like the screw you – screw you, back and forth, but I don’t know how to stop it. Do you? I just don’t see anything on the horizon, near term, that’s going to help this situation all that much.

This doesn’t mean you can’t try to live right in your own sphere. But even defining that can be a challenge.