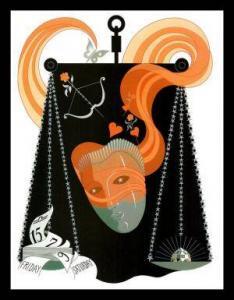 The new moon in Libra will take place in the afternoon on September 25th. It will be particularly interesting to watch because of the tight opposition to Jupiter in Aries.

Libra enjoys relating to others. Aries is an independent sign and though it does like to fight, this requires an “other” to engage with. Oppositions in whatever form (transit or natal), generally brings another person into the scene.

In this case, it’s benefic planet, Jupiter, doing the opposing.  Chances are your interactions with others will benefit you, even it they’re challenging.

As you can see in that snip of the chart below, Mercury and Libra-ruler, Venus, are close enough; they’re at this party.  While it’s possible you may sit on a mountain and contemplate life, it’s more likely a flurry or interaction is on the way, or perhaps you opt to expand your view by mixing with “foreigners”; which refers to anyone outside your normal, usual purview.

There is nothing to warn about here. You may make a new connection or merely be open to such a thing.  Jupiter is concerned with education and higher ground in general.  You may acquire these things and if you do, it will likely be through an interaction with another person.

Whatever happens when relating to others, it’s likely to be helpful and stimulating.  We set intentions under new moons. Here are some idea based on the house in your natal chart where the new moon falls: 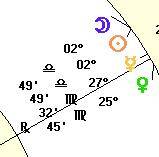