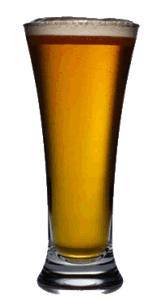 The soldier has a Pisces rising… Moon Neptune in Scorpio. He emits a sexuality he has no awareness of.

“Yeah?” I laughed. “Someone hitting on you again? That’s good. Good that you’re learning to spot a gay man in the world, I mean.”

“Well I think he’s gay. He might be gay; I was going to ask you what you thought.”

“Okay then what happened? Tell me and I’ll tell you.”

“Well you know how it’s been going since Mercury has been flyin’ (soldier for retrograde). So I decided to have a beer. And since this guy said I could have a beer in the store, I decided I would.”

“So I got my beer and since he said there was nowhere nearby to eat, I got a slice of pizza. This is like a convenience store and they had some pizza there, so I ordered a slice and when he was getting it from the rack there, the tip of it ripped. And he said, oh. Since that happened I won’t charge you for this.”

“Yeah. It made me think of that other guy who didn’t charge me for the taquitos that time I was with you. (Men Hunting Men In The Wild: The Soldier Oblivious) So anyway, I was having my beer and eating my pizza and he’s talking to me the whole time from the counter. How’s that pizza, he yelled. Pizza’s good, I said. He would not shut up. Want another piece, he asked.”

“It’s free!” he said. ˜There’s no charge if you’d like another piece.”

“Well I thought he might be. Because he just kept talking to me… showing me maps and telling me all kinds of things I didn’t want to know. I had no interest in anything he was saying and the I went outside he followed me…”

“Yeah, well he is definitely sniffing around and you have apparently learned to spot a gay man in the wild, so congratulations. I would say if some guy buys your dinner as they seem so inclined to do, that’s a pretty good sign.” 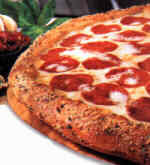 “Yeah, I think you’re right. And this is a convenience store and I was sitting in there drinking a beer. They has these little booths there… two of them where you could sit and have a hotdog or something, but a beer? I don’t think you are supposed to drink beer in a store like that do you?”

“Well as I was sitting there it occurred to me it was unusual. I’ve never seen anyone drink a beer in a convenience store in my life, yet he invited me to do exactly that.”

“Yeah, I felt pretty stupid. People were coming in there and looking me like, hey. What’s that guy doing drinking a beer in here?”

I snorted. “Yeah, well I guess he liked your look so he set you up there for his viewing pleasure. I don’t know what to tell you. If I were him I’d have done the same thing.”