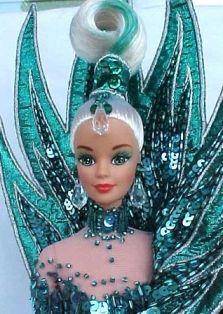 Neptune will turn direct at 11 degrees Pisces on November 22nd.  Chances are, you forgot all about it.

Saturn in Sagittarius has squared Neptune for many months. During this period, Saturn has grounded Neptune and allowed it to be defined.

We know we’re confused.
We know we’re being misled (Neptune), say by the press or by what is being published (Sagittarius).
We know that many movies and such (Neptune) are preachy and designed to control a person’s beliefs (Saturn in Sagittarius) aka propaganda.

But this situation has ended. It’s over, whether an individual realizes it or not.  Saturn is now transiting the late of degrees of Sagittarius. Soon it will enter Capricorn and it will wind up supporting Neptune. This will be great!

Neptune will also enjoy support from Pluto in Capricorn.  Eventually, Uranus in Taurus will also support the planet. I realize this is some years away but I mention for this reason…

The outer planets, specifically, Uranus and Pluto have been clashing for years.  The result has been devastating, around the world. If you’re not aware of this, check the tag – Uranus square Pluto.

Think about it. Think about an orchestra playing out of tune, completely off key; blaring, jarring, loud, killing ears around the world for years.

And then what happens? That same orchestra begins to pull together. They learn to play together beautifully.  It changes everything.

Neptune’s direct motion towards the end of the month marks the turning point.  Things are going to come together now. These are forces that are beyond human control.

Saturn is still going to meet up with Pluto in 2020.  But this beyond that, in the biggest picture, we have all made it through a crisis of a generation whether we realize it or not.

Individuals with planets in the Mutable signs other than Pisces (Gemini, Virgo, Sagittarius) are still going to struggle the Neptune fog in its pure form.  But it’s not going to be complicated.  And you can take comfort knowing that things are coming together now, on a grand scale, rather than coming apart.

How do you feel about Neptune turning direct?