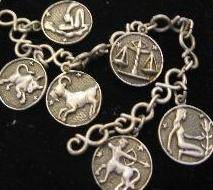 Well I’ve been thinking and I’m overcome with examples of my criminal mind at work. In high school I was the pet of the vice principal. Don’t ask me why. Because of my Capricorn, I guess. I get along with old men and they get along with me.

So anyway, he used to talk to me all the time and he asked me if I wanted to be the President of a chapter of this club in my high school. It was akin to MADD, Mother’s against drunk driving, but a kid version. I agreed to do it.

Taking the packet home, I read up on this thing and it turned out there was a trip to a nearby city involved. The officers off all the chapters, President and Vice got to go on this overnight trip…

Two minutes later, I’m on the phone to my high school sweetheart. I’d have been 14 years old, here:

“Hey, man. You gotta join my club. You can be Vice President and we can go on this trip…stay in a motel…”

Yeah. I know, I know. I am always trying to get the boy.

But anyway, this worked out. He joined my club and we made that trip. He snuck in my motel room of course and I thought I was a genius to have figured this out.

And obviously the Vice Principal new damned well who my boyfriend was. We were notorious in that school. And he did look at me sideways when I told him who my Vice President was, but opted to trust me :: snickers:: or more likely, play dumb.

“You two aren’t going to do any hanky panky up there are you?”

“Whaaaat? No way,” I said as if he were crazy. And can you see the astrology?

My Mars in the 9th wants to travel / to expand…and have sex.

Mercury had an idea, Mars executes. Further, I want to have sex in a foreign land (9th house) which is what another city is, if you’re from the desert, like I am.

And then I grew up and continued to do more horrible stuff like this as frequently as possible.