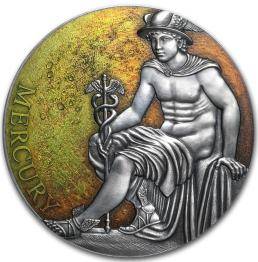 Mercury will turn retrograde tonight, at 12 degrees Pisces.  This may be a relief to some. Particularly, Mercury-ruled Gemini and Virgo.

I state this because Mercury is currently conjunct Neptune in Pisces. This messes with Gemini and Virgo, endlessly. All of the sudden, Virgo, which knows, does not know. Gemini loses direction and mental acuity.

Generally, these signs suffer with their ruler retrograde. But in this case, it may allow them to backpedal, and gain some clarity as Mercury revisits, Aquarius, briefly. This might better equip them so when their ruler turns direct and go to and through the intense fog, they’ll be able to keep their wits about them.

For everyone else, there’s an interesting discussion about this in the forum. The thread was started in January – Mercury Retrograde in Pisces February 2020. I think you’ll like it!

Normal precautions apply.  Avoid signing things if possible.  Expect delays in communication. Try to give people the benefit of the doubt and don’t believe everything you hear!

It’s not that people will mean to deceive. It’s just really easy to get it wrong at this time.  “Wait and see” and forgiveness will be the strong play over the next few weeks. Tread water, mentally!

How do you feel about Mercury retrograde in Pisces? Can you benefit from it?