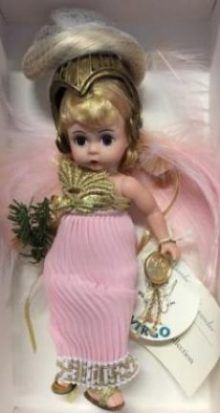 Today, the Mercury Mars conjunction are conjoined at 13 degrees. It’s been quite hot!

Interestingly, today’s conjunction forms a Grand Trine with the moon in Capricorn and Uranus in Taurus. In the midst of the anger, you might be able to pull out a win somehow.  Here’s my original post:

Mercury will conjunct Mars in Virgo during the second and third week of August. The exact aspect takes place on August 18th at twelve degrees. This is kind of random but I have a client asking about registering her daughter for the draft. It got my attention!

Beyond that, I am hearing from a lot of people who are afraid or stuck and frustrated by delays or lack of clarity. If you’re part of this group, you should have an easier time cutting through garbage at this time.

Virgo / Mercury is efficient. Mars is fast. If you combine these things with a bit of effort, you should be able to zero in on a target. This combination describes a dirty mind and a bunch of swearing but it also promises razor-sharp discernment.

It could be dangerous or reckless but it’s more likely that help, in the form of ideas, arrives. It’s a rush of mental energy. It’s also multi-tasking, fired up.

The day the aspect is exact, Mercury and Mars will form a Grand Trine with Uranus in Taurus and the moon in Capricorn.  This is great! Hopefully we’ll all be surprised when something actually gets accomplished!

I advise pushing ahead at this time.  We’re all going to have to deal with Saturn square Uranus through 2022.

But this is a window where you can make some gains.

Think of it like a Lamborghini. Step on the pedal; the car responds.

How has this conjunction played for you? Getting anything done?