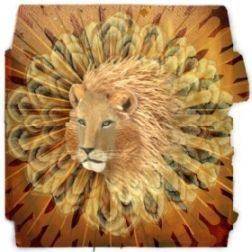 This past year, my childhood sweetheart came back into my life. Her sister was moving to my city for graduate school and she helped her move. We got together for about an hour when she was here and I was definitely attracted to her physically. However, I didn’t think anything of it at the moment because she was with her boyfriend.

A few weeks later, she sent me and her sister pictures of our childhood. The pictures showed us holding hands and sitting next to each other in every photo. I thought that they were really cute. But, I also realized for the first time that there was some connection between us because it looked obvious – although I was not aware of it at the time.

I had not talked to her since then until this past week when she came up to help move her sister back home. So, nothing happened until yesterday. When I drove them to the airport we found out that their flights were canceled, and they could not fly until the next day. So we ended up spending another day together. All day, nothing special was really happening. My feelings were just like the other days of her visit. That was until we went back to my apartment.

I told them that they could stay at my place for the night. So it got late. I stayed up all night with her talking about everything. We then got to talking about relationships and what would have happened if my family did not move away when I was eight. She told me that at the time, she always thought that she was going to marry me. This was shocking to me because I never really thought of her as my childhood sweetheart until now. Other than the my physical attraction to her, she had a lot of qualities I liked. I have never felt this way about a girl before. I asked her if her boyfriend was the one for her. My impression was that she is having doubts about their relationship.

Anyway, I felt so comfortable talking to here that I opened up all my feelings, desires, ambitions, etc. We were both on my bed talking all night. I can’t help but think to myself that fate brought us back together. Her sister coming to my city and the flight being canceled seemed strange to me. I have not acted because I’m not sure what all this means.

Thanks so much,
Reunited
China

I am not sure what it means either, but I admit to being a romantic and I am sure if I were you, I would be thinking and feeling similar things.

That said, I don’t think you should do anymore. Because this woman has a man. And if it is indeed “fate” and the two of you are destined to be together, then this is what will happen. And it will happen in it’s own way and in it’s own time.

Outside of that, it may help to know that you are having a Neptune transit, along with everyone else with planets in the mid – late degrees of the fixed signs (Taurus, Leo, Scorpio, Aquarius). You should not expect resolution before July, 2007. And I am sure you are probably pining and fantasizing. But there is nothing you can do other than to keep the faith that what is meant to be, will ultimately be.

It’s like a bottle tossed into the tide. You can’t control it. You can hope and you can wish, but that bottle is going to wash up when and where it’s going to wash up and all you can really do is thank your lucky stars to be involved in this life and this love and these tides.