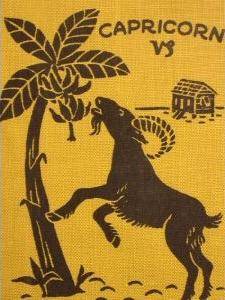 Saturn ingressed into Capricorn, late December, 2017.  The planets is now five degrees into the sign. It will reach nine degrees in April, before turning retrograde. I thought it would be good to check in.

If you have a lot of Earth in your chart, you’ll probably feelings shored up to some extent. If you tend to be serious, practical, responsible, it’s almost as if you’ve come into vogue.

People with an emphasis on Water signs might also be getting a grip at this time. Personally, I have a lot of Earth in my chart. Just sitting next to someone like me can calm a person who is highly emotional.

I don’t think the AIR signs crave the weight for Saturn in Capricorn, generally speaking. Libra struggles the most, I’d say. You’ve got to have something special to pull of hardship and beauty.   Or hardship and party.

Aquarius would fare best of the AIR signs. This is because they’re co-ruled by Saturn. It’s also because they can detach and understand, intellectually how there has to be “downtime” so to speak.  Gemini falls somewhere in between.  There are things to think and talk about so Gemini can deal.

If you’re got a lot of Fire in your chart, you’re probably pissed off. Anger which can be converted into drive.

The thing is, Fire signs are in a hurry. Saturn in Capricorn is slow and methodical.  This transit has just begun. Imagine a fire raging out of control. It encounters a barrier… but then it breaks through and becomes a “controlled burn”. With time, the Fire signs will adapt and probably flourish.

How are you faring with Saturn in Capricorn?

If you’re having a hard time with this transit, my workshop will help!  Saturn In Capricorn – Get Ready To Get Real.