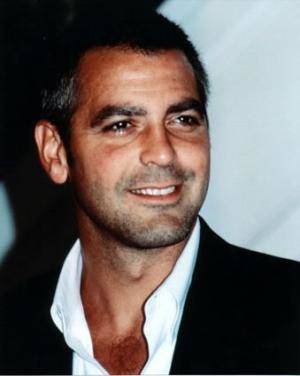 “Sexiest Man Alive,” George Clooney, like many earth signs, took the long, climbing road to success.  He is a Sun Taurus with Moon in Capricorn and his rising in Pisces. All of this caused George to not waste any time parlaying his fame into political action and work with charities. George is a political guy and with Sag on the Midheaven along with the rest of his chart, it is not surprising.The Capricorn often has the long climb towards his goal and Taurus is known for slow and steady work. However, this was a man with a plan as most earth signs are and he has put his plans into motion with lightening speed when his star was finally lit.

As we see with many with Capricorn and Sag in the chart in prominent places, George started in the business young, coming from a family deep in show business. He began his climb acting but did not waste time before dipping himself into the very organized areas of writing and directing. He is also, not surprisingly, a producer. It seems that George sees acting as a step toward his real goals of building a platform which he stands on often as time goes on. Those with these late sign placements on the Ascendant and Midheaven as well as the Moon often have humanitarian goals and George is no exception. He seemingly grows his activism as he expands his portfolio. He is involved, among other things, in charities/political activism such as “Save Darfur,” and the “International Rescue Committee.” He recently became involved with helping Haiti. His film work has included documentaries supporting his belief systems and areas of charity work and writing on the same subjects.

George would seem to have a real grip on the earthly realities when one takes into consideration his Sun in Taurus, Moon in Capricorn and Pluto and North Node in the 6th House. However, there is art and drama in George with Pisces for his rising and Uranus and Mars in Leo. Mars and Uranus are in Leo’s natural house of the 5th so he is very astute at bringing the glamour and art to his dramatic pursuits. With his childhood and the boost of relatives in the business of writing and singing among other show business areas, George seemed ready to take to the stage young. He did so but did not “break through,” until he joined the cast of the very popular “E.R.” As a Taurus, he saw that role through by making appearances after he had quit the cast and gone on to bigger things like making movies.

His Sagittarius Midheaven makes him popular with the friends he makes and he often calls upon his friendships in his many projects whether they are artistic or activist. Whatever George does, we can expect him to be involved in an international way given his chart which spans the outer planets in all the right places. Venus is in Aries and we can see that from the roles he plays. Again, Venus often has much to do with out artistic expression and George uses his Aries Venus to put himself into action roles but combines those roles with roles that involve the government in some way (Capricorn Moon). There was even a call for George to run for office but he has declared his past far too wild to qualify him for service and survive the public scrutiny that comes with running for public office.

With Aries Venus, Mars in Leo and a Midheaven of Sag, there is a fiery side to George as well as the “little boy,” we often see with these placements. He also has a bit of a drama when dressing for he leaves his shirt open quite a bit and has been known to wear a bit of a different kind of tux when appearing at events. He wears bow ties, vests, unique collars on his suits and again, often appears with his white shirt open at the neck with no tie. He is fond of wearing black T shirts which play up his dark coloring and give him a dramatic look. He is also very aware of the use of a “five o-clock shadow,” when it comes to attracting people to him. Pluto is in Virgo in the 7th house and he would think about his appeal and apply techniques to play it up! George is highly styled and international and appears to be what he is but it is again, a stylized look that he had some help with from a stylist. No Leo Mars can resist the right hair and George always sports it, with is facial hair complimenting his look at all times.

George has made his home in Italy and black is a color that Italians wear with regularity, often even dressing their children in black. George has adopted much from the Italian culture, being Irish himself, and he appears in Euro suits often enough. With Sag on the Midheaven, George would be interested in other cultures and explore those not his own.

George’s chart reads success but in time and he has given it the time. He would push himself into an influential position with Cappy Moon and apply it to what he feels is the best way to help people with a Pisces rising. He has done all this and we can expect more of it from him as time goes on. Still I would not expect George to run for office if he is telling us the truth about his younger years. If some of his younger years were feeling that fire trine, he certainly has had his share of wild times and it shows if one looks at him and listens to what he says.