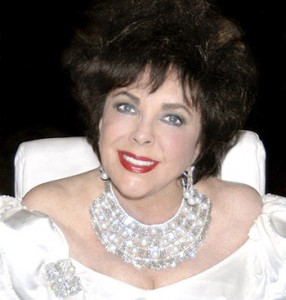 When one thinks of Pisces actresses Elizabeth Taylor is often mentioned. This is due to the life that Liz has led and the talent she has shown as an actor all while showing herself to be sensitive and to some, fragile. Often a Pisces is seen as fragile and due to their sensitivities there is some truth to that perception. A Pisces, however, is also a strong person in their ability to transcend and recover and Elizabeth is also proof of these traits. Elizabeth’s chart shows us a map of her life and her lifestyle. With Sun, Mercury and Mars trine Scorpio Moon, Liz is a passionate actress with great talent for drama who is able to transcend herself and become a person that seems to be the character she is portraying. Her Pluto in Cancer also provides her the ability to understand emotion and is also trine her Scorpio Moon lending it power. Liz has shown herself to be not only passionate on screen but also powerful in performance.

Liz has a very creative Fire trine in her chart that consists of her Sagittarius rising, Jupiter in Leo and both Venus and Uranus in Aries. Her Fire trine gives her great energy and creativity with Jupiter in Leo providing large drama, Sagittarius rising helping her want to experience life to its fullest and Aries Venus and Uranus causing her to love quickly and without prejudice. Liz has been a bit accident prone which can be expected from a Sagittarius rising and Jupiter in Leo but those placements have also given her a great range when taking on the energy of characters she is portraying on film or on the stage. Her Aries Venus would be quick to love, especially since it is part of a Fire trine but it also gives her an open quick-to-care heart with respect to others which is shown in her participation in charity work and her support of friends. With Sagittarius rising, Liz values friends greatly and she has friends that she kept all her life whom she met when she was just a teenager beginning her acting career.

Liz’s Midheaven is in Libra which is no surprise given her eight marriages and ability to play opposite great actors with skill. Saturn for Liz is in Aquarius making her a leader in humanitarian efforts and her Neptune is in Virgo causing Liz to be a working artist who thinks of helping others with her work efforts as well. Liz has had an “over the top” lifestyle in some respects and this is not surprising when we look at her Fire trine being led by a Sagittarius rising. She has also done great work for those with AIDS which is very Pisces and also is shown in her other planets’ placements above.

Liz began acting when she was nine years old and signed to a contract with a major studio. Her original contract was cancelled after her first effort but she was rewarded another one quickly so it caused no delay in her becoming the “movie star” she was to become. Liz’s mother was a retired actress and brought Liz to the attention of the chairman and major stock holder of “Universal Pictures.” She was thought of as “beautiful” with her dark features and fair skin and she was born with a genetic mutation that caused her to have two rows of eye lashes which set off her famous eyes greatly when she was a child. Her film career would take off when she completed a role in “National Velvet” for “MGM.” Liz was signed to a contract that was then considered a great deal of money weekly for a period of years.

Liz’s career was marked by illness and some great successes. Liz would be nominated for the Academy Award for “Best Actress” in “Raintree County,” “Cat On a Hot Tin Roof” and “Suddenly Last Summer.” Liz won the Academy Award for her roles in “Butterfield 8” and “Who’s Afraid Of Virginia Woolf?” Liz would always have trouble with her health throughout her career which started with a back injury she sustained while filming “National Velvet.” She is said to have had back problems all her life after her accident and would have minor accidents while filming and during her career. Liz retired from filming due to congestive heart failure and has broken her back five times, had both her hips replaced, had a benign brain tumor removed, survived skin cancer and had pneumonia twice. Liz remained active after her retirement by working for AIDS charities and starting her own charity for the disease after it took her friend Rock Hudson’s life.

Liz has “lived out loud” all her life and again, been married eight times to seven men. Her lifestyle is active and always has been due to her Fire trine. With her Sagittarius rising and loving a magical life, Liz has always been a glamorous woman and has a passion for jewelry. Liz owns some famous pieces including the “Krupp Diamond” and the “Taylor-Burton Diamond.” Liz designs jewelry and has developed three scents under her name. With her Libra Midheaven and Sagittarius rising Liz would have a great interest in clothing and jewelry as well as all things fashion so it is no surprise that she is always dressed to the “nines” and has been involved in collecting fine pieces and creating her own fragrances. Still a tireless worker for those with AIDS, she stays involved with related charities as well as her own charity. A Pisces with Saturn in Aquarius, Neptune in Virgo and a Sagittarius rising, Liz is whole-heartedly interested in helping people and standing by her long term friends. Liz has four children, one of them adopted. Liz’s style is one of glamor and of giving.

Personally, Liz has always taken glamorous shots and can wear almost any color given her coloring. Liz has dark hair and light skin which allows her to wear most jewel tones and her skin looks wonderful with gold jewelry and clothing with embellishment. Liz has a tendency to go a bit over board when it comes to jewels which is not surprising when one thinks about her dreamy lifestyle and the Sagittarius tendency to over do those things that please them. A times she has appeared as a parody of herself and indeed, the press has treated her with disgust at certain period in her life when she was overweight or over-glamorous at events that didn’t call for such opulence. Her style in her love life has been one of marrying numerous men and she has said this is because she is from an age where you married a man when you loved him. To the public it has seemed that Liz has gone over the top again with regard to her many marriages again making her the butt of jokes and one of the most referred to actors when it comes to multiple marriages.

Liz has auctioned off many of her items in the way of jewelry, costumes and clothing as well as art over the years to weed things out but we can expect that due to the fact that she owns many homes she must have an abundance of material possessions. At this time in her life Liz is involved with a man but has not married him and instead has chosen to live in the same home with him. Still, Liz Taylor is one of the most beautiful women of her time who transcended that beauty to become a great actress who could play character roles with great skill as well as perform on Broadway. We can respect her when she says that she had to overcome beauty to be taken seriously as an actor and it is not always possible for a woman or man to over come such an obstacle.

What are your feelings regarding Elizabeth Taylor’s life and career?