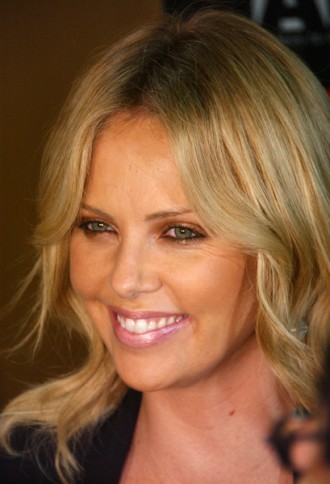 Academy Award winner Charlize Theron is a double Leo. Both her Sun and Moon are in Leo and she is certainly a dramatic actress. Charlize is from South Africa but has become a naturalized American citizen. Being a double Leo, Charlize shines in all she does and we can expect that from a Leo actress.

Charlize’s Mars and Venus get along with Mars in earthy Taurus and Venus in Virgo. Her Virgo Venus, as Venus often motivates our creative reality gives Charlize the intelligence to choose good scripts while her Mars in Taurus gives her patience to wait for them to come along. An artist must choose the vehicles where they will apply their skills and being a double Leo, Charlize is naturally drawn to drama but with practical signs driving her in her life she has carved a very respectable catalog of films.

Charlize started off, as is not uncommon, in dance as a young woman and also as a model. A Leo loves the modeling world I have observed and Charlize still models for and receives red carpet gowns from the very dramatic designer Galliano. It is said that Charlize was not so quick to appear nude in ads for perfume for the company but in time, finally did so. It would fall in line with her Venus in Virgo to be hesitant to expose all and have a “virginal,” outlook when it came to her body. She would also crave comfort with Mars in Taurus.

As a double Leo we would look at her hair first, as the mane is very important to the fiery Leo. Charlize keeps her hair either a white blonde which is very flattering to her light skin or a wonderful mix of her natural color and high and low lights. She has wonderful skin which I often see on Virgo women and at times Charlize goes for the drama of the deep, deep tan and light, light hair. It works for her and makes her sparkle. She often appears with her hair in it’s natural state and this is possible if one has a great colorist working with them. Charlize’s head shots are beautiful and she is well styled. The natural look would work with her love of things natural coming from her earthy planets. Charlize’s node is in Scorpio and this tells us again that Charlize thinks before she exposes herself and stays within her comfort zone while learning to use her body as a work of art rather than a sexual tool that can be a trap for beautiful actresses. If one goes too far in the sexual way in advertising themselves they can become pigeonholed there and this would greatly disappoint a lover of dramatic roles like Charlize. She has achieved a balance there that I attribute to her Virgo Venus.

In casual photos Charlize has the “international uniform,” I see on a lot of actors that is the layering of natural fabrics in the form of jeans, yoga pants, scarves and T’s. She also will wear a hat on occasion when dressing casually and that is not uncommon for a Leo. If your hair is disappointing you one day, a hat is the “cure all!” Charlize is, again, highly styled by Galliano when appearing on the red carpet and this is a good fit if you are aware of Galliano’s style. Any Leo looks and feels, (Taurus Mars,) great in fabrics that have some shimmer but not over the top sequins and Charlize wears this type of fabric well and often.