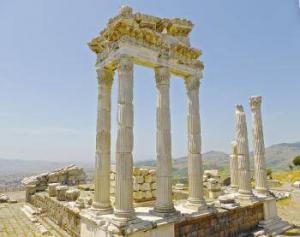 As we all prepare to move into a new chapter, I’m seeing a lot of people take time to mourn the life they had before. They’re taking stock and deciding how successful they were and weighing that against how successful they hope to be. It’s a necessary process, but from my vantage point, many people are being harder on themselves than necessary. They’re punishing themselves for having to change at all.

One person I know is ending a marriage that was harmful to them for years and years. He tried everything he could to keep it afloat, but his wife simply wouldn’t have it. So now he is looking at the crumbled pieces in his hands and feeling like he failed as a spouse.

Another is stepping down to work part-time after years of being the primary earner in her family. She knows it’s for the best and that the old job was breaking her, but she can’t help but feel that there’s something wrong with her for not being able to continue forever.

But there’s something so insidious about that word: “forever.” It’s like we have an idea that something has to be permanent in order to be successful. But not only is that impossible, it discounts the fact that life changes, and things that suit us at one point may not suit us at another. And it also leads us to minimize our own accomplishments and the good things in our lives.

In the first example, yes, the marriage failed. But it also lasted for decades before that. They raised three children, renovated their house half a dozen times, supported each other through multiple surgeries, and had many happy years. Is that really a failure? And what if they had stayed together, fighting and making each other miserable for the rest of their lives? Would that have been a success?

And for the second example, that job may have been high-paying and it’s understandable that it’s painful to lose it, but would staying until it put her in the hospital made her more successful than recognizing that it was untenable and stepping down before the worst happened? Why not focus instead on the way the job, terrible as it was, provided for her family and put them on solid financial footing? Or what about the wonderful coworkers who have become lifelong friends? Can we not consider that a form of success?

As Jupiter continues to trek through Pisces, many of us will be making big life changes. Because of this, we’ve got to get better at thinking about our pasts. Luckily, we have Saturn in Aquarius to help. Aquarius is all about the individual, while Saturn helps us define things. So for the next year or two, we’ve all got a wonderful chance to define success on our own terms. After all, how can we walk bravely into the future if we’re dragging the corpses of the past behind us? It’s time to let go of guilt and see just how successful we really are.

Are you holding onto any guilt about change? How do you define success? 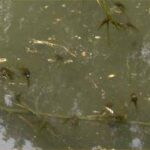 Post Uranus Square Pluto – Are You Blocked Or Merely Stubborn?