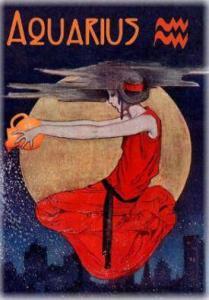 I expect to wake up happy under the full moon in Aquarius, early in the morning on August 22nd. I state this because the moon will be tightly conjunct Jupiter.

The exact time of the full moon is 8:01 AM Eastern. But as you can see in the graphic below, the moon with cross Jupiter on it’s way to being full. This is bound a create a boost of crazy-good energy. It may even be enough to wake a person from sleep.

Some consider 29 degrees to be unstable. It does give the feeling of being on the brink. Brink of good or bad is anyone’s guess. The only thing you can count on is that whatever happens will be unexpected.

The sun in Leo is involved of course.  It’s possible we see something dramatic (Leo), worldwide (Uranus).

I know this tends to scare people but I don’t know why.  Happy surprises are a daily occurrence for anyone involved in living their life.  Jupiter is not known to be connected with dark or dreary things. Expect a remarkable evening on the 21st… and hope to wake up with a joyful feeling!

Basically, this looks like something the builds, then pops off, quickly.

That doesn’t mean the effect won’t be long-lasting. Jupiter can be seen like a seed that goes into the ground. It’s hard to imagine what can result from something so seemingly small but when you see it, you think, WOW!

It’s this kind of full moon.  Something comes in or occurs, to change your life. It happens so quickly, you may not even register it.

How do you feel about this full moon in Aquarius?