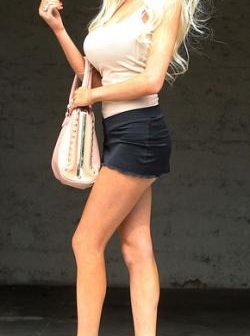 I was reading the Daily Mail today and one of the articles was about Courtney Stodden. I really know nothing about her, other than the fact that she married someone older than her father and desperately seeks attention with her body. But in today’s day and age, that’s nothing new. However, she and her old man recently broke up (again). In light of what I recently said about Pluto putting the nail in the coffin on whatever havoc Jupiter/Uranus has been causing, I looked up her birthdate. This is a NOON chart, I do not have info on her birth time, so we have no idea about the houses in this chart. 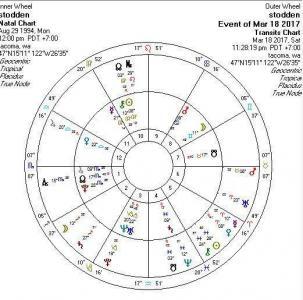 Lookee here, she’s got Venus at 22 Libra! Right in the cross-hairs of Jupiter/Uranus. And it’s a stressed-out little Venus, being squared by both Neptune and Uranus, natally. She’s just going about relationships ALL WRONG. She’s a Virgo, for God’s sake! Her Sun is opposed by Saturn, so every misstep is causing her anguish. The Moon may very well be involved, becoming the focal planet of a t-square involving the Sun/Saturn opposition. If she keeps on beating her head against the same brick wall, she’s going to take a very, very hard fall. She’s got Mercury in Virgo, and transiting Saturn has been squaring it, and will retrograde to the exact degree of her Mercury. Speaking from experience, a Saturn/Mercury transit is one of the most depressing there is.

Moving on, I want to know why she’s chosen to use her sexuality instead of her good Virgo brain. I’m afraid she’s a poster child for Jupiter in Scorpio; making the grand trine to her Mars (sexuality) in Cancer and Saturn in Pisces. It’s a good bet she’s got baby talk down to a science! It’s a loop that she seems to have trouble escaping from, as Grand Trines often are. They’re the line of least resistance, but it is often at the expense of the other aspects that are screaming for attention, such as that Sun/Saturn/Moon t-square.

We can make a case for her liking older men with the Sun opposing Saturn, but she needs to own her Saturn and get to know her Virgo Sun. All that showcasing of her body won’t give the Virgo what she really needs…. To be respected for her MIND. And, if her Moon is squared by Saturn natally, she may be trying to stave off depression by getting attention in a way that is actually quite undermining.

Pluto’s coming up to square her Venus. And, it will be sitting on her Neptune/Uranus conjunction. The nail in that particular coffin comes with a lot of painful disillusionment, but if she’s smart, she’ll get off the road she’s on, and reinvent herself.