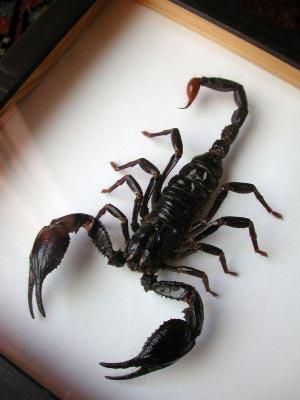 When Ben was a boy…early teens I guess, he was keeping a journal. He was writing, drawing, or both. I don’t really know because he didn’t elaborate. And his parents were trying to have him “fixed” and stuff, remember? They were hell bent on fixing his homosexuality and then they came across his journal.

And maybe some air sign doesn’t think this is a big deal. But to Scorpio…well to Ben, it was like he’d been stabbed in the chest, had the knife twisted only to be rolled over and stabbed in the back. This invasion and betrayal sent him reeling and feeling intense and immense pain at a core level and bottom line, he did not make it through it alive.

The experience killed a piece of him because here it was thirty years later and he still…he still refused to write anything down. He doesn’t draw, either. He swore “never again” and I’ll tell you something. When a Scorpio amputates, they don’t go back and try to resurrect the dead thing.

And my point in telling this story is to warn parents who may be less sensitive than their Scorpio child, to hopefully spare some kid. Because there is a loss here that is immeasurable.

My friend is a musician and a teacher who garners standing ovations for both his talent and his character. He is the teacher who walks into the gym during an assembly to have the kids stand and cheer. Yeah. And when he talks, I listen and I wonder.

I really wonder what he had to say that will not be written. Did he draw well? We are never going to know because this part of him died the day he learned that his parents took this intimate piece of himself and shopped it around. So grave the pain, well this is the reason not to betray your Scorpio child. You’ll kill them. Is that a good enough reason?

Scorpio will be betrayed at some point in their life. A wound like this is unavoidable. But as a parent you can make sure you’re not the one who inflicts it. And I have permission to tell this story, of course.

“Can I write that?” I asked. “I would like to write this for parents of children like you. I know it’s personal, but someone might read it. Your story is stark and some kid could be spared.”

“Some kid could be spared? Write it. I’ve already told you can write anything you want about me. And if it helps some kid? Write! Write, write, write, little Elsa. Write until your heart is content.”

And so I have.