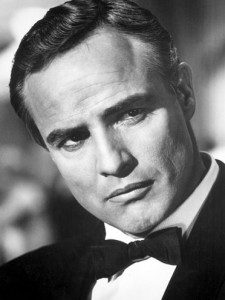 Double Aries Marlon Brando, with Sun and Moon in Aries, is said to be one of the greatest actors of our time. With Sagittarius rising and Jupiter in Sagittarius in the first house, Brando was also a champion of civil rights as well as a true believer in freedom of expression while using an acting technique that is considered the deepest and most difficult, to understand his characters. Brando was interested in what made himself tick as well as what others were about and it showed in his work and his efforts towards civil rights no matter how aggressive his actions and efforts.

Saturn in Scorpio gave Brando control over his sexuality to some extent while teaching him lessons in that area. Pluto in Cancer made him interested in having a huge home and many children while trying to provide them a large home of a twelve island atoll called “Tetiaroa,” which he planned to develop into many things including a resort.

With twelve children including those adopted, those by his wives and girlfriends as well as three by his housekeeper, Brando was motivated to create his own reality both in his work and in his personal life. Brando had Mars in Capricorn squaring his huge Aries energy and causing him to have power struggles with those he worked with throughout his career. He would become famous for being hard to work with and difficult. Still, with Aries Sun, Moon, Mercury, Sag rising and Jupiter in Sag trine Leo Neptune, Brando delivered some of the greatest performances on the screen that last to this day as examples of living in character while being motivated deeply because of the use of “method acting.” In method acting one finds motivation from deep within themselves for each role they play to the point of torturing themselves a bit for inspiration and understanding.

Brando’s star started to rise when he appeared on stage in the play “A Streetcar Named Desire.” The number of roles Brando is immortalized in is long but some of his standouts are his work in “On the Waterfront,” Mutiny on the Bounty,” “The Wild One” and “The Godfather.” Brando worked the method acting plan and took great steps to get into character which we can expect from an Aries with so much Sagittarius, especially rising because he would want to experience each role in its entirety. When playing a wounded war veteran in “The Men,” Brando spent a month in a hospital bed preparing for the role. He used techniques that were creative, as a double Aries can be, such as stuffing his mouth with cotton balls when working in “The Godfather.”

Brando was known for being difficult and wanting things his way even to the point of refusing to memorize his lines before filming but still attracted the best roles and the best directors because of his huge talent for becoming each character. With Sagittarius rising and Jupiter in Sag in the first house being kicked into high gear by his double Aries, Brando would later indulge in life too much and his weight would be a problem. He would be required to arrive for shoots at a particular weight and show up many pounds heavier as he packed on the weight with hard living and overeating. Brando would indulge himself to the point of weighing in at over 300 lbs. Soon his weight would limit the number of roles Brando could play. Forever a creative force, he would still be called upon for roles such as his in “Superman,” long after he was past his prime and when he was very much overweight and in ill health.

With Sagittarius rising and Jupiter there as well, Brando championed civil rights with so much vigor that he was often labeled a “bad boy.” He would sponsor, with different techniques that were often creative, the rights of American Indians, the Jewish desire for a homeland, and African Americans. Brando would donate thousands to help the N.A.A.C.P. and was a great backer of both Kennedy and Martin Luther King. With freedom being so important in a chart like Brando’s he would work for his own freedom as well as the freedom of others tirelessly. He would become more and more political as time went on and was often quoted using racial terms when describing his distaste for any sort of violation of civil rights. Brando exercised his personal freedom by marrying three women, having children with at least five known women and having numerous affairs which he would discuss at times in his life. Wanting to be a friend to all, Brando often took roles because of friendships in the industry or the desire to promote a cause that he believed in that reflected his commitment to civil rights. A political animal with so much Sag and Mars in Capricorn, Brando was also very forceful and outspoken as he donated money to each cause.

Brando’s style was one of raw masculine energy on many occasions. He would try different ways to get into shape that included some that were even foolish, and cared about how he looked. Often Brando would refuse to appear because he felt he was too overweight. Brando had intense, dark, hooded eyes that haunted one as he showed his intensity on film and when making appearances. As an Aries he was not one to be bothered by his clothing, and his appearance and dress steadily declined as he gained more money and with it, freedom to do as he pleased.

Often being photographed on the islands in shorts and T’s, Brando’s dress was either classic tux for awards shows or completely loose in his personal life. Brando was a lover of freedom of dress as much as he was freedom in life. We all remember Brando as an “alpha male” figure and that is about what his chart adds up to when we think of style. A very handsome and well-built man in his youth, he would be a sex symbol for years to come, and to many he still has a raw sexuality that is reflected in his roles. Brando’s chart and life stood, for the most part, freedom in both belief and action. Sometimes to the point of detriment, Brando was driven towards freedom to leave himself behind in characters he portrayed, left conservative life behind in his choice of how to live his personal life and fought for the freedom of others with his time and efforts. We can see both a lesson in self-indulgence as well as a lesson in freeing oneself in Brando’s life.

What are your favorite Brando roles? 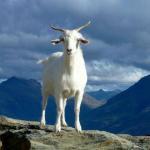 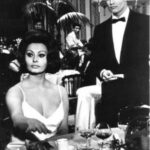 Mars In The Horoscope: What Makes You Angry?