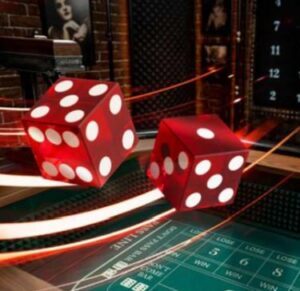 Saturn is now direct in Aquarius. Jupiter will turn direct in the sign in about a week.  Aquarius ruler, Uranus will square Saturn through the end of 2022. Anyway you turn it, a good percentage of what’s to happen is unpredictable at this time.

It’s generally stressful to have things up in the air, especially when your sense of security (Saturn) is disrupted. But a lot of good things can come from this.

Uranus is knows to shock and liberate and change a person, or a thing for that matter.  So let’s say you believe (Jupiter) there is no hope for you or no hope to defeat evil.  Jupiter in Aquarius can reverse this belief in a spilt second.  The potential (Jupiter) here is crazy.  And it’s not crazy-bad.

Recently, I had a client with a large stellium in Scorpio. A person like this tends to be FIXED.  So what if they’re in a bad situation and they’ve been stuck there a long time.  Based on the evidence, you’d not predict the person would leave but when life becomes “unpredictable”, the door for change opens!

I used to be a very heavy smoker. I pretty had a cigarette in my hand, constantly. I’m talking about smoking more than three packs a day, while wearing a nicotine patch and chewing nicotine gum. I was so addicted, I woke up at night, more than once, so that I could smoke. I’m never going to quit, right? Pretty safe forecast but what happened?

I broke up with my cigarettes about 25 years ago.  If I tell someone I used to smoke, they don’t even believe me.

I hope you can see how this energy can benefit you.  It’s sort of like the game, musical chairs. You may feel like you’re part of deck of cards being shuffled but the fact is, it’s possible you like your new chair better than the one you’ve been sitting in for so many months, years, decades or even the whole of your life.

Keep this in mind as go forward. When you see a door or a window to freedom, open, scramble through. Uranus is very fast.  So figure out what needs to change in your life and be ready to jump when the opportunity presents.

How does a change in fortune sound to you? Do you beliefs in need of an update?