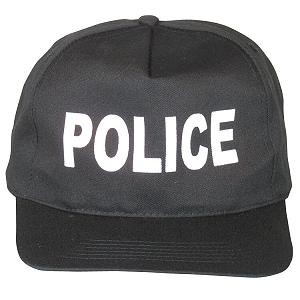 People read about my son getting shot with a BB gun last night.. The comments were passionate and the opinions diverse, ranging from “SUE THEM”, the “boys will be boys”.

I consider this an illustration of the Saturn opposition to Uranus in the sky in that there are shocking difference (Uranus) around what the reality of this situation is along with what “the right thing to do” (Saturn) would be.

Here is the real reality of my situation which also illustrates the projection (the opposition) going on here and I don’t mean to piss anyone off. My point is show how difficult these problems are to solve and how truly DIVERSE people’s lives and dispositions are. On that note – this is reality:

The kid was Hispanic and odds are overwhelming his parents don’t speak English. Even if they do, they are very likely to pretend they do not for a long list of reasons I can only guess at.

Most innocuous, they are in the country illegally (also highly likely) and just don’t want trouble and/or they are scared. Even if you could sue – sue for what? There are no assets. Even if there ARE assets there are no assets (keep reading).

Considering the kid is walking around with what is essentially a concealed weapon (he had it tucked in his pants under his shirt) it is a possibility (not so remote) that his parents / people are involved in something (drugs) as this has been modeled.

If you come around causing problems / threatening their game, you are going to be visited by some thugs. It is essentially like taking on the Mafia and before you do something like that… well you better be prepared to die.

It is a grave error to assume other people are like you because they are not. People have different standards, priorities and definitions of what is reasonable as the comments on the blog illustrate brilliantly.

One more thing: The last time I called the police to report a crime, they refused. They apparently did not want to do the paperwork but it was desperately important to me they file a report so I begged.

I mean I begged these two cops to report this crime… tears running down my face, I pleaded while they tried various ways of manipulating me into NOT reporting this crime / causing them to do paperwork.

I did not / would not take no for an answer as I had been instructed by another authority figure to GET A POLICE REPORT so I continued to plead and finally the police relented.

The filled out this paper (supposedly), making mocking comments and then THREW a business card at me with a fake police report number on it and left me there with my tear stained face.

Do you understand? I am a citizen and I was not allowed to report a crime and if I call the police up and complain, what do you think is going to happen to me in this city, hmm? Think I might get myself some speeding tickets?

If you don’t, you’re naive.

So now… knowing this, what are you going to do about this situation?