↓
Home Menu ↓
Skip to primary content
Skip to secondary content
Forums
Discuss Astrology &...
Relationships and F...
Would you tell some...

Would you tell someone their kid was not theirs if you knew this to be the case?

Would you tell a man his child was not his, if you knew something like this?

Why or why not? 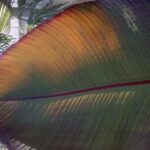 Only if I were asked the question directly, and even then….  I would not want to lie, even by omission, unless I believed it could lead to retaliation by the asker.

I might, depending on the circumstances (how I found out, is it for sure?, how close I am to the people, etc.). I wouldn’t get involved in something like that without some really deep prayer and reflection first though. Overall though, if this is someone who has had my back in the past- hell yes, they are gonna hear the truth from me.

No. That's between the man and his wife/girlfriend/whatever she is to him. By saying something, you're involving yourself in business and drama that's not yours to get involved in.

It would depend on the circumstance. If the woman were pregnant, and I knew she was lying, I may say something, but I would probably try to do it anonymously. If the man and child already had a relationship, I would probably not tell.

I actually know someone who thinks her father is her father and he is not. He has no clue. She has no clue. I not only know, but I know who her real father is. I have never said a word. It is none of my business. I also have never told another soul. That is for them to unwind. That kind of think always has a way of coming out.

The only way I would say something ... is if it were my own son.

@soup I agree. I know someone too, within my family. But the father knows. He figured it out later. He never told the child. It would cause a lot of hurt. The man whose child it is is married. He was married at the time the child was conceived. The man who the child thinks is his father was also married to the child’s mother and the child has siblings. To expose this would cause too much hurt.

@sirena-oceana My family too. I love the person who thinks this father is their father. I would never do anything to jeopardize any of that. They will come to terms at some point. These things always come to the surface.

To ever mention it would cause a catastrophe. One I never want to be in the middle of or connected to. The person that caused it is to blame. Not the two that have been lied to. That person will have to face them at some point. Someone will get an illness or do one of those online DNA tests and the whole lie will be exposed.

You know how that works. You say something and you are the problem. They all make up and then hate your guts ...

Now I will tell you this. When my mother lay in a cooler for a month while some people decided to fight over money and foolishness... I went there. I went 5 planets deep in Scorpio. I said... you will sign off and allow my mother to be respected and follow her wishes or I am going to rise up and start a YouTube channel on every single one of you and link it to everyone you know and the whole planet. Spouses. The entire family. And your job. My mother was in a cooler at the funeral home for almost a month. It was as gut wrenching and horrible a thing as I have ever seen. The utter disrespect and disregard for a person when they die. She paid for her wishes years before her death. No one had to do a thing but make calls.

My mother was allowed her wishes the next day. The guy at the funeral home even asked how I did it. I said...   I have no idea.

Would I have done it? Yes. You don't get to hurt the people I love and me sit back and watch and hold my tongue.

If you are not bothering me. I will not bother you. I never tell anything. Unless I am forced to, to protect someone ... like my mother. And I am not afraid to admit it. The person that was causing the hold up of my mother's wishes is also the person that I speak of above. I was not f'n around with her. I meant it. They all know I don't tell. But never dare come for my parents or my kids. Now, they have a problem.

The person that thinks their father is their father is 35 years old. I have known since day one. I have never said a word. Not my business. Unless you F with my elderly deceased mother. Now we are playing a different game. This is why people hate Scorpio. But they should hate their self for being a POS.