"These kids are smashing a gallon of milk in the grocery store, making a mess and then rolling around in it and filming themselves. It's a new craze. It's teenage anger. You better not do that, I told Vid. I already did, he said. Smart ass."

"No he didn't but he thinks it's not that bad. He say they pay for the milk. Fine, I said. I'll go in your room, bust a gallon of orange juice all over your computer and give to two bucks."

I laughed. "Well I don't even know what the fuck they're angry about. All they do is go school with smartphones. What's the problem? Why so pissed off?"

"Yeah, well on top of that I am antiquated. I am behind the time because this fad is 2 weeks old - I have been informed. I guess, Vid is never going to have any fun, with parents like us who retaliate! I don't think we have that teenage sense of humor..."

oh man - wasting food is really really a bad thing, to me.

had no idea about that fad ugh. 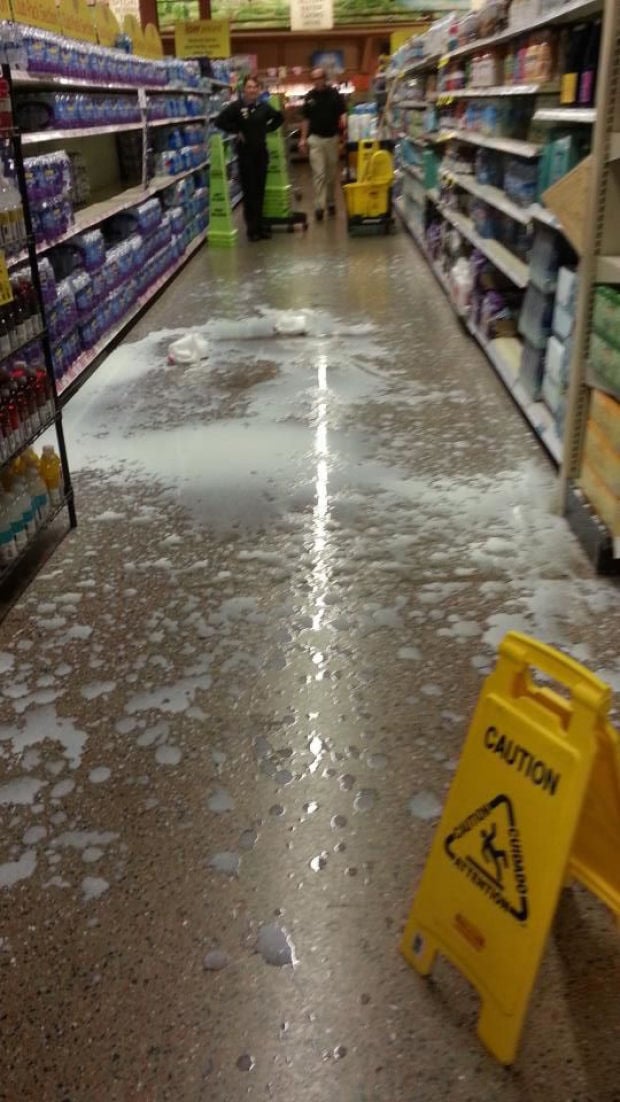 They should be trying to get a job in that store, is what I figure.

UGH! I can't deal with this. I have so much respect for food. Not to mention I like people to have respect for themselves. Waste food at your f*cking peril at my house. Sorry, but no. Not with people hungry all over. That's part of our blessing at dinner. A prayer than everyone hungry gets enough to eat. This is part of why people hate america. sorry.