My longest relationships all had a Mars-Pluto signature, my current one has the square. It's my first square of this pairing... I've always been the Mars. Yes, strong attraction, but equally strong triggering energy for me... My Mars is in Leo, I have to find my balance always. There is very much fighting for me at least in the beginning...

I think I'd enjoy more Venus in the mix, but didn't experience it so far.

I couldn't resist responding to this.

It didn't end well for other reasons, but it was...

My Mars in her 5th house, conjunct her Jupiter

In the fewest words possible... Truly unforgettable. No one else ever came close. Couldn't leave each other alone, and she was absolutely my perfect bedfellow... but it wasn't enough to keep us together... 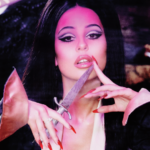 I don't think the chemistry will ever go away really, it's just getting worse (or better) over the years.

Sooo any words on this here sexually then experts?

To contribute to the thread though, OP it seems like whenever either Mars or Venus touched Pluto, I had an intense sexual synastry with the woman I wanted. The downfall is that it wasn't a "clean" and lovey dovey relationship, in fact, it had some violent thoughts to it. It was a "rough" relationship of her smoking cigarettes after I had finished with her and spouting some dark stuff, even if she was otherwise an upbeat woman.

A good example is a couple of years ago, I had a double whammy involving Mars-Pluto and Venus-Pluto with an Aries woman. It happened in the 8th house.

If we were ever alone, I was lifting her up and slamming her on the bed as we made out. We would waste an entire weekend just having wild sex and wrestling with each other. At times, we wouldn't even have the AC on because we didn't bother despite it being a humid summer month.

She did hit me at times and was very physical with me but I took it as play. We far from a romantic couple but if we were alone, it always led to wild sex. She would come around and beg for it mostly, even getting annoyed and hitting me when I didn't want to have fun.

So watch out for anything involving Pluto with Venus and Mars.

@callingthehypocrisy
Well that's a wild story you have there with a DW.

If I knew how to read synastry, I'd read the one above but I'm no astrologer at all.

I don't really have anything to compare Pluto synastry to because I only had it ONCE in a lifetime aka right now. And it does feel different than anything before. I'm not sure if it's about Pluto only but it might be because I had Mars/Venus synastries before and it wasn't like this.
The main difference I notice is the male being the one who reciprocates the obsession. Mostly this comes very easily for women (I'm not talking astrology now but biology and psychology) and men being somewhat loose and not as intense as women would prefer them to be.

With this guy's Pluto aspecting my Venus and Mars, he's the one who even stalks me somewhat, appears on places he finds out I'd be, stares at me, fixates on me and can't seem to let go. The bond won't break, it's been years and when we see each other, it's like two seconds didn't pass from our last encounter when in reality it's been 6 months or some shit. Sometimes we even communicate with our eyes and body movements and nothing else.

Ofc, it's good only if you're the type of person to enjoy this connection. It really isn't for just anyone, and I have Pluto in my first in Scorpio and am pretty scorpionic myself so all of his behavior speaks to my soul.

But it really does feel like it's not going away any time soon. Even when I go out with other guys, it doesn't match this energy one bit and I get dissapointed.

The thing that bugs me is these sorts of relationships really don't follow the standards so I wonder where's it all going.

On another note, it could be Lilith in our case too so just to point out on the topic of sex aspects: if the synastry is already plutonic, and you add some tight Lilith aspects to it - pfffff. Hell breaks loose. 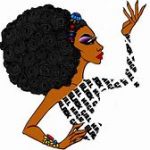 Mars in conjunction with Venus or other planets in synastry