Elsa! I found you again! 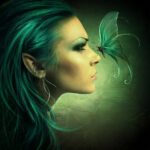 It's been a very VERY long time. Remember me (mauimoods)? Auctionwatch, Round Table, you did my chart and boy were you spot on. I never forgot all you said. Its been a very long time ago..around 1999 when you posted my chart. So much has happened since then. Not good, either.

But I am glad I found you, and I am so glad you have a forum.

Hey @maui! Good to see you! I'm sorry things aren't going that well. I remember you of course!  But I'd forgotten the name "Auctionwatch". I remembered it for 18 years or so but when I was thinking about it a few months ago, I drew a blank.

I still have the old thread though it you can believe that. The Full Moon one for sure and maybe another one or two.

Junquemama has been around for years (not publicly) but dropped off, recently. I am afraid she's passed away. 🙁

Anyway, it's great to see you and nice to be remembered after two decades. I am also glad I did a good job for you.

And hey, do you remember when paypal launched (on Auctionwatch)?  Came around to solicit us? I was one of the first to give it a try.  They promised no fees, ever - the liars!  Anyway, we're part of history now.  And my entire career launched on the forum. It's a trip.

I just tried to visit AW and see it's gone. Not surprising, sorry to say!

edit to ramble on...

That original thread got printed... 400 + pages long all because of who? Codasaurus, who said astrology was bullshit. It was an old-fashioned flame war, lol.

I was so stupid.  But that guy wound up launching my career. I wonder if he knows it.

Oh, the memories. I'm so glad you popped up!

Oh yes....I remember Junquemama! Remember WyoTess? I still keep in touch with her, usually every 2 weeks. Visited her once in wyo, saw her twice in Maui. She is not doing well now either. We are getting OLD, and with age comes aches and pains. Barry(what a guy)Barris passed some years ago. Ross is still around..had his own board for many years but then "retired".

I'm so glad you remember me! Sorry I have not responded sooner....issues here. Hubby is now in a wheel chair, on oxygen with COPD and heart issues, and I have my own probs but am his caretaker until I get help from IHSS (In Home Services). But...I deal with it the best I can. Two old fogies not sitting on the porch watching the sunset and instead trying to keep alive alittle while longer ?

I'd have you do my chart, but can't right now. We were caught in that horrid Paradise Camp Fire that burned the whole town down...so once those lazy lawyers get their butts moving and send us our PG&E money....I will have you do one!

Hugs and will drop in again soon.

@maui yes, I also talk to wyotess about as often as you do. I've also visited her in WY a couple times.

I don't remember, Barry, oddly. I remember his name, but not him!

Ross, yes, I remember! Outsider art, as I recall. He was interesting. I did his chart once... it was intimidating because of his nature. He had a gorgeous grand trine in fire and could get away with anything.

I'm sorry to hear about your husband but it's sure good to see you pop up!

I love WyoTess very much. Many years have passed but we are still good friends. She has been a rock for me..even though she is not doing well herself. Still, I can lean on her..and she on me. We carry each other. ?

Barry(He Was Mah Man)Barris always put some kind of comment between his first and last user name, lol. He always said "Don't worry, be Maui". He was a little person (dwarf) and was in such pain all the time, he was usually drunk to escape it. He died some years ago, I'm sad to say.

Ross is on FaceBook. If you ever drop in, tell him I said howdy. He sent care packages after the Paradise fire, and we rarely keep in touch but he was very kind. Yes, he did his outsider art. Still plays drums. Is no longer with the wife he was with when we were there and is now married to his beloved Mona. He still plays drums, and lives in Arizona.

Many we knew back then have passed on. The rest are hanging out with Ross at FB. I don't do FB, so...I am not in touch as much as I should be. But you can find him there as Ross Wright. He would probably love hearing from you.

I miss those days...round table, the comraderie and the battles, lol. And it's nice to chat with you about it and know you remember some of it. And I am SO glad you listened to all of us when we said MAKE MONEY DOING WHAT YOU DO, cuz you did it so well. I remember that thread like it was yesterday....DO ME, DO ME, you were swamped, lol. And now...you are doing what you were born to do, egged on by a bunch of strangers-non-strangers on an old ebay board! Amazing, isn't it?