↓
Home Menu ↓
Skip to primary content
Skip to secondary content
Forums
Discuss Astrology &...
Lounge
Are We In A Simulat...

Are We In A Simulation?

What if we are recycling and looking at the same principles over and over again but from different angle and level of understanding as we evolve as human race ?

This is something I am looking at. "Templates".  As an example, there is a "boy band" template. And awhile back, I posted about how most all the songs were written by one of two people? And they have the same component. This way when you hear it, you like it because it's familiar.  There is a formula, like all the sitcoms and "reality" shows have.

These are gross example but this goes much, much deeper. I don't know how deep yet.  I've not found the bottom. But I would argue that it prevents us from evolving.  I mean, we're watching the same thing on a loop - it dulls the mind.

It's more than "deep" actually. It's ethereal and I don't think it's intended to help you.

I see the "templates". There is no more real creativity because its all been stifled by the "formulas" and suppressed by political correctness. We have to break free from it but I don't know how.

@jofrance "we" have nothing to say about anything fed to the masses. If you want anything not engineered you have to seek out people like me who have nearly been eradicated. Use alternative search to find content. Find a way to support it.

But there is a lot more to this template thing than the gross examples. It's super refined and largely invisible, with things that are visible (and so distracting) laid on top.

This has bothered me for years. My original video rant. Phrases that are introduced and wind up in everyone's mouth around the world. But even that is a gross example. This is very sophisticated, to a point where there could be plausible deniability. Oh, you think that? You must be crazy.

Hah. Hardly. Not even close.

I am trying to figure it out. I work on this every day.

Edit to add.. this goes leaps and bounds beyond pc in my opinion.

There’s nothing new under the Sun.

Elsa, I’m not sure where you are coming from with this? There’s the social engineering aspect, and the metaphysical aspect, and things like predictive programming which is where these two aspects merge.

If I had to sum up how it works (as far as I know), I would say that every event starts as thought. If you can flood peoples subconscious with images (especially a lot of people) those people can bring that image to life without even realizing they are doing it. There’s that axiom that the universe is mental, meaning that this thing we call matter is simply thought brought into form (or seemingly into form- it’s still existing in consciousness, but appears to be solid).

So, there’s tools that can be used to control reality through other people (I think there’s something to a large group all holding the same thought and belief that gives it power). So, there’s the tool of telling people (especially children in the first seven years because that’s when the mind is in the theta range and wide open) “how things are” and shaping their worldview in a way that they eventually live it out and bring that into reality. But it’s not really “how things are” necessarily, it’s how the controllers want things to be.

This principle is totally neutral and can be used for any purpose good or bad. Jesus told people about the power of belief and how it could heal them and encouraged people to see the power they had. There’s others who do not want people to know the power they have, for various reasons, not all of them evil.

Dont know if I’m on the right wavelength with what you are talking about but thought I’d offer this.

Sometimes life feels like a "choose your own adventure" book, where there is some semblance of choice... but all of the different options lead to the same outcome, which is just to be a part of a machine. While other people are profiting off of that machine and the complacency of people who are happy to simply "choose their own adventure." Does that sound crazy? 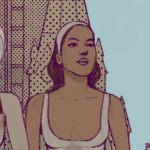 @cocopeaches No, it sounds accurate

@cocopeaches Yes, Hegelian dialectics. Thesis, antithesis and synthesis. The “machine” offers two choices, both of which serve itself. It also works like problem/reaction/solution. A problem is created, an emotional reaction incited, and then a solution that people actually think they are choosing. It’s a little loophole in the universal law of freewill.

That law can be violated in a way, but with extreme consequences. The way to get around that is to make people ask for their own enslavement or bondage and karma is bypassed.

When that lens is applied I think it’s pretty easy to see what’s happening. Although like you said, complacency does abound. I get it, it can be tiring to live authentically, but really it costs less in the long run.

Here’s some Rush that your post reminded me of :

@cocopeaches A problem is created, an emotional reaction incited, and then a solution that people actually think they are choosing. It’s a little loophole in the universal law of freewill.

That law can be violated in a way, but with extreme consequences. The way to get around that is to make people ask for their own enslavement or bondage and karma is bypassed.

This is brilliant, sinister though. I am curious, is there karma for convincing another to choose enslavement? There certainly is self-imposed karma for the ones who take the bait and choose bondage served on a silver platter. But is there actual karma for the ones serving it ? You would have to lack empathy and be emotionally disconnected from other living beings. Would it not be karma in itself ? To reject emotional nature is to be lost in the maze of one's mind for eternity.

@placebo-essence Well, I’m not an expert but I think there’s karma for everything. But it’s like that karma is shared if it’s a voluntary agreement, I think. As opposed to straight up stealing let’s say, if you can trick someone into giving you their money...well there’s a lesson there for both. The insanity is when people get tricked over and over and over. It’s like, at what point is someone complicit in their own subjugation and victimization? There’s a point where it’s just fucking insane to believe the same people that lied to you the last time and at that point it’s on both parties imo. So yes sinister (although the etymology of that word is actually really interesting in terms of its root and how it was used to oppress, corruption of language is another tool- but I know what you mean) on one side, but just not smart on the other and there’s karma for ignorance too...ESPECIALLY willful ignorance which this world is just saturated in. I’m not saying I’m not ignorant, but I know I don’t want to be.

@libra-noir <3 Oh, Rush. This song often finds me through the radio waves, and I can't not listen to it - even though it's not my usual genre. It's sort of like an anthem for me, because it brings me back to the time and place when Astrology was first revealed to me and my whole worldview shifted.

I don't know if we're in a simulation, but I do believe our minds' perception is our reality, even if it is based in untruth. And our minds are all, to an extent, manipulated. It's hard to see it if you don't understand that, or don't try, or don't believe it could possibly happen to you.