↓
Home Menu ↓
Skip to primary content
Skip to secondary content
Forums
Discuss Astrology &...
Astrology
The Moon and your a...

The Moon and your ancestors

What do you think of this? Do you have a similar pattern? 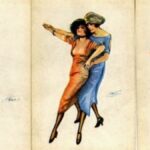 I'm of such an age that I'm pretty much the first generation where time of birth was (sometimes, not always) recorded. So I don't know my parents' moons, never mind that of any ancestors above them.

One of my brothers' time of birth went unrecorded, despite him being quite a bit younger than me. For him, I went through the trouble of doing chart rectification, and I believe I have arrived at a moon, ascendant and nodes that match him. (But I could be wrong.)

I have made an attempt at chart correction for my parents but am not entirely comfortable with, or sure of, my results.

And although I grew up knowing all four of my grandparents, this was with the eyes of a child, so I wouldn't even attempt chart correction for them. (I know you can do chart correction based on events in a person's life, but I have never found that worked for me.)

I envy you your ability to study such ancestral patterns.

(I do look at family patterns, but not related to moon, ascendant, nodes or house, alas, those being pretty significant.)

My mother has Cancer moon and Pluto in Cancer but they aren’t conjunct. She does have Pluto conjunct AC so I see that ?

My grandfather (Mom’s father) had Scorpio moon and grandmother (Mom’s mother) did have moon Pluto in Gemini. I don’t know her birthtime but I chose three different times and they all show conjunction.

I don’t have any information on my father’s parents.

I have moon Pluto conjunct (1H) and my brother has Virgo moon in 8H.

I know that my husband’s family has a strong sun Mars signature. My husband doesn’t but his father, daughter, son, and our granddaughter do. I haven’t checked my mother-in-law or anyone else. It’s a strong aspect!

There seems to be a Mars Pluto signature in the female line of my family.

My mother has Mars square Pluto. I have Pluto opposite Aries moon.

My maternal line has an element of emotional coldness or cruelty to it. Not abusive per se, just kind of a weird lack of empathy.

She had a tough mother & I had an unhappy mother.

But my father Moon in Aries in 12th is a different story (& difficult times w/ my mother...)

Will try to check out my g-parents.

Yes, on my father's side of the family.

I have a natal Moon in Scorpio sextile Pluto.