Okay... this is far outside my realm but it's so interesting, I'm putting it out here.

You've probably heard of the blood/brain barrier. Bad things happen when it's breached.

I know this is trippy and raw but I bet we see this concept be fleshed out over the next few years. 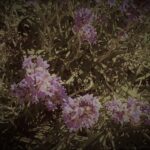 I don't know if am I remotely close or right, but I wish for this Saturn in Pieces to leash boundaries (Saturn) in such a strong way, so emotions (Pieces) will leak, like it or not, so people who are hiding under their nationality, status, ego or money, will have nowhere to hide. It sounds idealistic, dreamy, and maybe not possible but that's my wish for this transit.

I have Saturn in Pisces. How appropriate that I rarely think about this placement (Pisces…no offense).

@allie120 Well, recently I wrote that if you are depressed, you should make a point of brushing your teeth as you're supposed to because depressed people tend to neglect their teeth.

Here, I'm suggesting this breeched or weak boundaries inside the body will have an external correlation.

This is just something that came to me when I was reading about the blood/brain barrier failing, so to speak.  You really, really, really don't want this to happen.

We have all these cognitive problems at this time, both adults and children. It's possible, lack of boundaries in your own personal life is far more detrimental than a person thinks.  This is just a random thought... I think may be proven over the next 3 years with Saturn in Pisces.

@elsa Having Pisces on the descendant natally, and a Moon Jupiter conjunction in Pisces sitting below it in 6th, my life has been marked by not being able to be conscious about boundaries. I have definitely got a lot more conscious about it through time, but still always have to be aware of transference of feelings or 'states' of others when I'm around them. Such as, if a person is unwell I can start to feel unwell or if they are angry, anxious.. add emotional state....it passes into me. So, I'm constantly self scanning and deciphering, I guess my Virgo helps with this. I would say what is transferred is predominantly bodily/emotional and information is passed through the feelings.

Recently I've understood that Aquarius energy has a similarity to Pisces, in that it has high connectivity, but it is more mental and telepathic. My father is a double Aquarian but sometimes behaves like a Pisces Moon, in that he is very susceptible to environmental energy and gets taken over by it as if its his own. It's not until this Saturn in Aqua transit that I realised this nature of Aquarius to be like an antenna and be very open to dominating thoughts, ideas or mental states in the collective (also in other people near them which makes them great psychics).

This is why I'm finding this transit so hard, Saturn has amplified the Aquarian connectivity and I'm aware that my mind and thinking has taken on alien characteristics to the extent of making my own individual/subjective awareness harder to keep continuity with. I mean alien as in "not my own". There is a lot of trauma based mentalising in the collective due to our collective history as a species, and then each country has its own cultural legacy.

I worry that people are making big life changing decisions under this long transit while lacking consciousness that they are in a state of collective brainwashing - the individual mind is currently awash with the collective mind - and thus "influenced". High levels of discernment is needed to keep contact with what is true for you (Leo/Sun). Tuesday my mum told me her friends son committed suicide, I have to question, how much of his thinking was determined by the collective on top of his own personal vulnerability?

I hope this isn't going too off topic, I just think the shift from Aquarius to Pisces will be interesting as there will be a similar over connectivity in the collective but via a different mode - thoughts (on various levels) and then towards feelings.

The Mars in Gemini transit I started viewing as a lower octave Aquarius connectivity transit..because of the Mercury, Uranus relationship. Gemini is also about cross pollination, but more conscious. The Mars energy is really being spread about through communication at the moment and we're seeing a lot of outbreaks of irritability and aggression. With it occurring while Aquarius is heightened it leads to more confusion about ownership.

The universe is certainly showing us how connected we all are!

Interesting…I am a fanatic about my teeth, so that leaves me to wonder and consider other types of physical boundaries. Shoring up the physical, thinking deep as to all that entails…nutrition, as well.

My Saturn is in Pisces and I have epilepsy ever since I was an infant. It is not bad, but who knows what my Saturn Return will be like 2023-2024. Saturn in my 6th Natal House. I have been researching about the importance and purposes of electrolyte minerals and vitamins, especially pertaining to my health conditions. I wish every fellow Saturn Pisces well, these recent times are tough.

I dig Elsa! I really really do. You know some doctors/scientist claim you stomach (upper; the OG) is nothing short of a second brain. It is far out. I heard this concept oh, over 20 years ago. I was young all that. These days you can google this theory it is quit fascinating.

@ashleybelle I'm a tinspiricy person, born and bred. So I'll be looking into this for sure.

@elsa it is very interesting for sure!