Neptune in Pisces and the mutable signs

fade said
Neptune has been quite a power player for me in transits, but I really have no idea what I'm in for since I've only experienced 2 of the 6 I have in my future. My chart is heavily mutable: 1' Sag asc, 4' Pisces Venus, 12' Virgo MC, 13' Pisces Merc, 21' Sag Saturn, and 26' Sag Uranus. It's only messed with my ascendant and Venus so far, they have been in terms of spiritual growth and appreciation of life the greatest years, and in terms of what is thought of as true maturity by most people is completely lost. I used to be such a good, well to do innocent person. But it was because I had absolutely no life. In 2012 when Neptune squared my ascendant, I was in my first serious relationship ever and by December we were over. We got into drugs together, something I really never was into before. All of a sudden I couldn't get enough of them, and we were only making it worse for each other.

I also wasn't much to look at. Not saying I'm a supermodel now but between that time and 2013 when it conjuncted my Venus I lost 40 pounds and as a result gained more confidence in who I had become. I also cut my hair short after being afraid of it. I managed to contain my drug habit but went to my first EDC in June, after my first Venus transit, and it wasn't until a couple of more times until I opened up to having a social life and completely coming out of my shell. I am an entirely different person right now. I look absolutely nothing like the person I was a little over 2 years ago. I act nothing like that person. I love this new person that I've grown to be, where in hindsight I didn't love myself at all. I still have my days, but who doesn't. My entire life was sleep, eat, and work for a really long time and for the first time I fell in love with myself.

By 2014 after a little more experience with this Venus-Neptune transit I had a great social life, I grew spiritually and accepted myself and others for who they are truly. I let my guard down so much more than ever. And got caught up in my Neptunian side in a bigger way than ever. It will leave my third house next June, just in time for my next EDC. Very curious on how this will play out as the 4th is the most confusing to me.

Neptune is also the closest planet I have in aspect to Venus, sextile 3'42a. I usually prefer not to go over 3 degrees especially with outers but I guess it seems relevant. My ascendant also is only aspected by a square to Venus. So it kind of feels like Neptune is causing something to emerge from within and it's been a much needed experience

your story resonates with me very much fade. i am so glad you are starting to find yourself and in getting back to your center; developing some personal power. i am very neptune heavy, unhealthily so. and my cycle has been sleep, eat, work for a really long time. i'd rather sleep to tell you the truth. even though my anchor has been my career, i feel like i am becoming more disillusioned as days go by. afraid i'll go over. i put all my eggs in one basket, a gyroscope wobbling on a string. medicated and trying to keep addictions to a minimum. i've had transiting neptune sextile natal venus for a quite a while now. it's currently at 0 point 43'.

This is about work, Neptune is transiting my 10th house.

What I'm currently dealing with now that we have fast-forwarded a few years is a little hard to explain. Myself plus a certain number of people think reality is one thing at work and then there is this smaller group that think reality is completely different.

I have evidence on paper plus other people that agree so who is lost in the fog? What sucks is that I have been chosen to be the guinea pig, no extra pay of course.

Also, the smaller group is a little confused as to why I'm not excited about my life being made harder. I told them it sounded as exciting as having a pap smear. 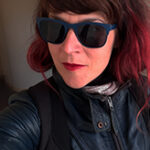 @TAM hmm it sounds super mysterious watch out for what is happening to you! yes couple of years forward and Neptune is still a bitch because l do not see a proper EXIT out of all this... in april Neptune will move slowly away from my DC

THANK JUPITER for that!

we need some Saturn

l am so used to finding solutions to things that is driving me mad! anyhow it has been some ride!

TAKE CARE TAM don't let yourself be dragged in some strange situations, it's so easy to give advice hahaha l am also holding ON TIGHT so that l will not be swept away by this huge waves that come hitting me for the past 2 years....over and over again!

Neptune exactly opposite my Mars again

Keep going back and forth

Plus my progressed Mars is square Neptune too now, so double - whammy

Can someone just wake me up when this is all over? I'm super sleepy/tired a lot

I want to put my energy in esoteric stuff; astrology, tarot etc. Work feel tedious AF but I gotta do it. Forcing myself.

It's also squaring my natal Saturn at this time. Let's just say my grasp on goals/ambition is not at a peak. I became quite disillusioned with career goals in the past 2 years since this all started and for a Virgo stellium...Thats saying something.

It's not the worst transit I've ever had, by far, but its more like a slow leak seeping your energy away.

Preach, Tam. This is my experience exactly with the square I'm having now. I suppose it's also exacerbated by my Saturn transit in the third. (And the natal stuff).

I have to be careful, or I'll end up with no stability, or ground. I'm a Pisces going through Neptune in Pisces.