"Can confirm: class-action is about to drop from thousands of Air Traffic Controllers. There’s roughly 15,000 of us, and ~6,000 have yet to get a

@giovanni This is my sense of things, that there isn't any lack, it's that there is interference in the network. Could be a Saturn in Aquarius issue, causing obstacles and blocks in a collective network (11th h) and yes the internet is a big part of it because that's how information in the network is communicated, whether positive or negative, joy or fear. Also the 11th h/Aqua energy in its most positive sense is about believing in universal support, that the cosmos has your back - nature rewards courage, to quote Mckenna. Saturn in Aqua can produce the opposite, a sort of fear of falling with no one to catch you, no trust or sense of love or abundance around you, isolation, paranoia, etc, but also Saturn can help access the best potential of a human and cosmic network that won't let you fail, rallies, and lifts up. The quality of our relationship to self is key.

Here in UK my folks (Pluto in Leo) are discussing a lack of pasta on the shelves due to a bad harvest of durum wheat somewhere. I said to them, so when did you guys start buying pasta from a store? 80s/90s? Have you ever known a pasta shortage in 40 years of buying and eating pasta? No. Do you think that during that 40 year period there was a bad durum wheat harvest one year? Of course yes, chances are high. But did you ever notice a pasta shortage? No.

I occasionally question the bs that they are consuming daily through their high attachment to external sources ie media, but I'm realising this is their own identity or rather, lack of identity nightmare and will only wake if/when they want to take responsibility for themselves. But I think they enjoy the familiarity of complete dependency and self-torture.

"I work in management at a very large national wholesale distributor. Let me attest that there are a number of shortages that continue relentlessly within our market segment. Heavy demand for these products, which are used as a major component in home building, is a factor. Import goods held up via the massive number of ships awaiting docking is a factor. Raw material shortages for the manufacturers (or component shortages that are part of the final product) are factors.

Significant problems come from the excessive rules and regs laid down for Covid infections. These range from total shutdown of a production line to locked out docking stations for ships or trucks until cleaning procedures are completed. Regulations are sometimes dictated by the state (California among the worst) or by internal company policy. Shutdowns range from a day to as much as a week.

Multiply these many incidents many times over, repeat them periodically at random week to week, and you get supply chain disruption at a grand scale. It is happening here in the US, in China and Vietnam, and globally. Couple this with the lack of transportation, shortages of shipping containers, the strain on overworked and under supplied LTL trucking companies who have their own shortages of drivers, and it exacerbates the mess.

Last but not least are the JIT procurement systems, which are not built to manage lurching supply shortages or lengthy transportation delays. We are arm wrestling with our planners to get adjustments made within our system, albeit far too late to overcome the hole already created.

It will take months for these supply chains to even out, if then. I don’t see a nefarious plot here…unless one considers how dastardly the bio weapon virus impacted our commerce. Yes, that part was all by design."

@giovanni does anyone know exactly why the cranes aren't moving?

@elsa Weird that no one has really pinned it down, but sounds like the longshore unions?

California is about to ban gas leaf blowers and lawn movers. What are you willing to bet they’re pushing for electric cranes as well?

Maybe this is meant to move everyone towards alternative energy? Just a thought. 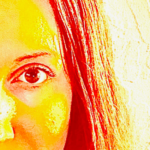 @notmycircus  I’ve heard that the upcoming ban on leaf blowers/lawn mowers is, when it comes down to it, a ban on small gas powered engines, which also includes pressure washers and get this... generators! What’s everyone going to do when PGE has to shut off the power now?

Whuuuuut…….🤔 Sounds like one of those of cargo ships stranded in the ocean went over the pipeline that’s been leaking oil from Huntington Beach to Newport Beach.

Did I read right….did the ship go over that pipeline several times on purpose?? Reminded me of the Towanda scene in “Fried Green Tomatoes”—Evelyn hit a car repeatedly by “accident”, too. 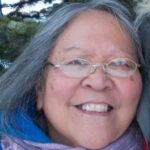 @warped and notmycircus. I had to rewind my memory of that film, and am cracking up with the message. Insurance comes in so many different packages:)!! Gonna rent me that movie tonight.

Got an oil change. Was offered a new cabin filter for $49. I declined and came home and bought one for $9. Other than that, great job!