If You Could Change One Thing

If you could change one thing about your chart, what would it be and why?

Are there ways that whatever it is serves you, or is the experience always negative?

Uh! Plenty of Squares with Mars but more specifically Square between Mars and Ascendant.

Took my a lot of time to start being aware of my aggressive behavior. I have no patience as well (Mars Square Uranus in 1st house). And these two aspects alone crated so much trouble in my life. 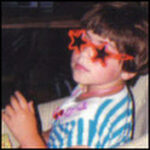 I'm pretty sure I answer this question differently based on what is currently annoying me.

I would have preferred a little less dark in my chart. I'm a Leo - it doesn't suit me at all. Hard to put into words, but sometimes it feels like a case of mistaken identity. You know, like 'Hey - wait a minute! That's not my chart. I've never seen that chart before in my life - it just seems to have sneaked up and attached itself to me.' According to my nativity, instead of being a bookish, semi-retired charity worker, with nice friends, happily married for nearly forty years, I should be something more along the lines of Ghislaine Maxwell - a pervy psychopath. This really hurts my feelings. I know a few others who have similarly 'challenging' charts - and they're pussycats. Alright, a little intense, maybe, but really sweet. In case you're wondering, my chart shows Pluto conjunct Mars in the 12th, Lilith and Nessus conjunct Algol in the 9th, Saturn at 1 Cap. in the 4th. For health reasons, I could also have done without Uranus and Pluto Opp. Chiron which is square Lilith in 6th H Aquarius.

Venus square Neptune. Idealism is so useless to me right now.