↓
Home Menu ↓
Skip to primary content
Skip to secondary content
Forums
Main Category
Astrology
How Does A Gemini B...

How Does A Gemini Break Up With You? 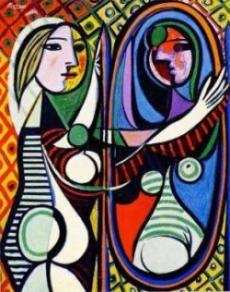 How does a Gemini end a relationship? How do you know you’ve lost their interest, for good?

My experience with Gemini men is that it’s only a matter of time before the other shoe drops, and they pull some duplicitous bullcrap that blindsides even the most keen of people. They always have something up their sleeves; and they’re happy to lie dormant while you slip into a cozy, trusting stupor...then wham!

I stopped trusting them AGES ago after being blindsided by two Gemini ex-boyfriends. One was a Gem Sun/Aquarius Moon. The other was a Gem Sun/Virgo Moon.

My Sagittarius best friend was also blindsided by her Gem Sun/Sag Moon second husband at a very difficult time in her life as she had just lost her job.

A classic example of this uncomfortable habit of Gemini men is when Russell Brand blindsided Katy Perry by informing the media before telling her via TEXT that he was divorcing her. NOT cool.

I'm a Gemini Sun (near the Cancer cusp) woman with my natal Moon in Scorpio, and I truly felt for Katy (also a natal Scorpio Moon) after reading how heartbroken she was when he did that to her. I, too, was absolutely devastated when my marriage ended.

Having my Progressed Sun in Cancer for most of my life and my natal Venus in Cancer, I approach relationships in a much more Cancerian and Scorpionic way than a Gemini way as my Venus is ruled by my Moon in Scorpio.

I love deeply and hurt for a long time after a breakup.

It would be interesting to hear other people's experiences of how their relationships with Gemini men ended.

my husband has a few close male friends from childhood and from college, one Aries sun/Taurus moon Gemini venus/Gemini mars, (he is with a libra woman w/scorpio) & a couple others that dont have any gemini.... but one Gemini sun near Taurus cusp, withh taurus and cancer venus,cancer dominant. He would always tell my husband he would never be poor. and it came true. Now he's super rich, and married a very ambitious woman, with a phd, and i suspect she's very capricorn-ish. lol i have to find out her birthday. I know a gemini man as a good friend in the past, but it was coworker type, and met in groups that we had same hobbies. He has a scorpio moon capricorn rising, virgo dominant. lol From my experience, they seem really steady, in their love. Also my husband's beloved grandfather was a Gemini sun, with sag and cancer placements and was married long term to the end, Pisces sun, with Aqua and capricorn placements. I dont know what keeps them interested in these women. Astrology says it's synastry ... and their venus and moons are satisfied.

the only thing i could think of with Katy Perry is that she has alot of capricorn planets, a stellium and what i know of capricorn because i have it too. Is that the dark side is too controlling. I have also found Aries placements very controlling too (cardinal is about control i think) so ...you have the two squares super controlling and they can't take it anymore because you have to give in with either what the Aries says or the Capricorn.

Capricorn doesn't want to give up their rules unless it makes sense to them. Aries, from what i found, they are kind of looking for the IDEAL...so if you aren't fitting the ideal for them, (like how libra is) then they will stay around for awhile until they can't take it either. I saw this in also Aries moon. :/

Johnny Depp is Gemini with capricorn and taurus placements, and i think the problem may lie too much with his need of control perhaps? And Amber Heard was his last wife, who had Libra moon Cap mars, also need for control. So i guess... they break up with you if you aren't their ideal and dont bend for their ways, that may happen. How my husband's grandparents, with his gemini grandfather, he was a minister/farmer, and hard working, and he was i heard very controlling, (could be the cancer placements) in his way, and was religious;  he was unbending, so his wife, a Pisces with capricorn & Aquarius placements bended to his ways and he loved her to the end of his life.

Mentally... Then lets other person do the bad part of actually breaking it off.. Probably shouldn't admit that lol

lmao.  what if the other person doesn't want to leave ? its masochism? 😛