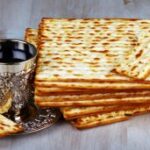 I am just feeling like Venus Rx in Capricorn is fiercely challenging me and my answer is BRING IT ON. I am like a dog with a bone (or a goat with a mountain) in this area that Capricorn rules for me. Since December 19 (in order)

It seems like a strange series of ups and downs...two steps forward, one step back. Losses in love and money. But I am not coming out behind, I tell you. I refuse to lose so I am digging in my heels and focusing on abundance and winning. My Venus/Mars is in Cancer. Anyone else having a mountain of love and money obstacles?

Oh man, one thing after another for you. I love your attitude though.

For me, so far money is good but love not so much. I won’t bore you with details plus I don’t want to read about it much less think about it. Funnily enough I’ve taken the same stance you have. I’m not gonna give up (on the whole desire for love and relationship). It’s not like me at all to brush disappointments off like this so I’m actually proud of myself!

That is a LOT.

In-deed. Pushing the boundaries waaaay too far in relationship, but compulsively can't seem to stop myself. ?