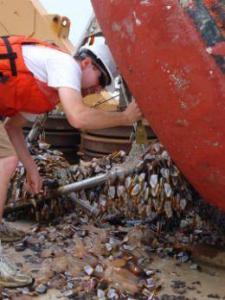 The Saturn Pluto conjunction in Capricorn took place January 12, 2020. Saturn has since ingressed into Aquarius but it’s now headed back into join Pluto in Capricorn. It’s seems this topic should be revived.

This combo hit my chart, hard. I’ve taken stock of my life, post the conjunction. I’m sure others have done the same. What are you finding?

The conjunction hit my ascendant, which many would argue is the most important point in a chart. The affect was certainly personal. I’d say I suffered a wipe-out but that’s way too simplistic. My losses are staggering. I was stripped to the bone and left to live in some kind of void or vacuum.  It’s surreal; the depth of the layers of pain are unimaginable. I know this, because been told!

“I’ve tried to imagine what it must be like for you and I can’t,” a friend explained. The truth!  How kind, that she even tried.

This stuff is supernatural. I suffer a loss and I enjoy a gain. This transfer or “exchange of energy” is often simultaneous. Killing and healing. Dying and rebirth. Epic lows and highs in proportion.

While I don’t have the capacity to not feel the pain (Pluto) of rejection (Capricorn),  I can’t deny, the cleansing of bad energy leaves me refreshed and less burdened.

It’s pretty simple, really. No one wants to lose love. But if the love is not real, you’ve not actually lost anything and you’re empowered because you’re no longer relying, or dependent on someone who is essentially an “empty suit”.  A false thing. A false concept. A lie. You’re not dealing with what you think “should be”. You’re dealing with what is.  All the “extra” has been eradicated.

Post this process, you’re left with the new, clean slate on which you can begin to create.

That’s where I’m at now. My losses are pretty well consolidated. I understand the dead people and things in my life are gone but I see new people and things in my life, which are pretty exciting, truth be told. I would never have expected this to come around, a year ago.  It seems to me, I’m going to end up, where I go, doing what I’m supposed to be doing. What could be better than that?

I have not enjoyed having all these barnacles chipped off me over these last years. But I am happy with my simplified, slimmed down figure. I’ve let go and I’m ready to get down to the business of living. I’m quite excited with what the future can be!

Where are you at post the Saturn Pluto conjunction in Capricorn?