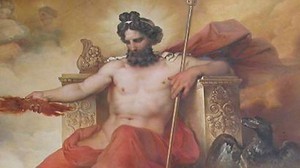 If you happen to have Jupiter tied to Uranus (rebellion), like I do, you probably think that rules don’t apply to you, because you’re lucky (Jupiter)!

Well I am lucky! I have put my garden in as early as the first week of April in Colorado and had no problems whatsoever. I’ve been gardening for 5 years now and always put my garden in by mid- April, even though I have been told by many, many people not to plant until Mother’s Day.

Others say I should wait until May 14th.

Some say they don’t plant until June.

All of them say that this is so they can avoid a freeze, but of course, “freeze” does not apply to me, because I’m special!

“You are easygoing, agreeable, and tolerant, willing to overlook others’ mistakes, forget the past, and begin again on a positive note. You enjoy making others comfortable and happy, and sometimes overdo your generosity. You often feel that “everything will turn out all right no matter what I do”, and so become lazy and lackadaisical…”

That’s part of what it says about the Jupiter placement in my chart in my natal report. It also says this:

“Because you see yourself as a lucky person, you may feel that you can “get away with anything”, without negative consequences. You tend to go to excess and have little sense of moderation (or even caution, at times).”

If you want to better understand where and how you push the limits, get your natal report here.  Focus on everything that mentions, Jupiter. The language is clear, concise and correct, as you can see! If it saves you one garden, one year, it will be well worth the ten bucks!