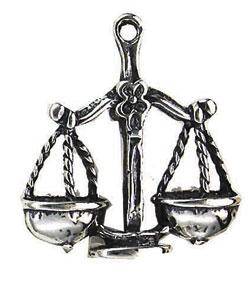 It was the insurance guy. He blathered on and on. He cited various things and used a lot of technical language. It was fine because I was not listening to him at all. I’d made a decision, see. I had my Fairy Network number. I was going to state it plainly and let the universe decide. Eventually it was my turn to talk.

“Okay, well that’s all very interesting,” I said. “But here’s the thing. I saw an attorney. And she said she doesn’t even think about taking a case unless there are at least $50,000 in damages and she says I have that” I said. “Easily,” I added.

He was quiet. I knew he was collecting information so I was careful what I said.

“Thing is, I don’t like to go to court. I hate it, actually. I am not naive about what it means to go to court so I would prefer to settle. But let me tell you something. If we do go to court, I will win.”

“Well, I don’t know. But it’s a pretty good guess. You don’t know me, but I do. And I can tell you this for sure. Judges like me. You know how there are some people judges like? I’m sure you do since this is your business. Judges like people with credibility and I have that in spades. It comes off me in waves, this is unmistakable.”

“So yeah. We can go to court if you want but I wouldn’t want to be in your position if we do. Because I am a single mother in an economy car, leaving the library on a Saturday morning with books for my children. And your client? Who was driving an SUV no less? He pulled in front of me and was clearly at fault. I wasn’t doing anything wrong. In fact, I’d just passed a cop one block before he pulled out and I had glanced at my speedometer and verified I wasn’t speeding. This is in the police report, by the way.”

“Okay, well I am pretty stressed. I am very stressed. And I am in pain and guess how I cope with stress? I go to the gym. And I go there… virtually every day. And I can prove it too. Because I have to scan a card to get in there. There’s a record.”

“And now I can’t go. I can’t go to the gym, I can’t get around, and I am beginning to go crazy. And you can see none of this would be happening if not for your client who apparently feels he does not have to look for little cars since he’s driving a tank.”

“I am very healthy,” I said. “I have been to the doctor three times in the last three years… for a routine pap smear. You see? There is nothing wrong with me. But now I go to the doctor three times a week, with no end in sight. So yeah. I could go on, and I will if we go to court, but you get the idea. The main thing is the judge though, huh? If they like me and they probably will, then you may very well find yourself in a bit of trouble with this because there are other extenuating circumstances and there is no telling what they’ll give me. But I bet you anything it will be significantly more than what I am going to ask you for.”

I gave him the Fairy Number.

With Mars (war) conjunct Mercury (mind / communication), I can fight with my mouth.

What’s Mercury look like in your chart? And do you have any Libra?