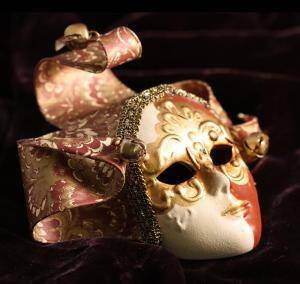 As an astrologer, it’s always fascinated me to see that people try to deny or hide parts of their chart. Invariably, no matter how much effort a person puts in, the chart finds a way to express itself.  We simply can’t deny who we are.  I am at the point now where, if what I’m being presented doesn’t gel with the chart in front of me, I am inclined to believe the chart over the person. But it wasn’t always like this. This is a lesson I had to learn the hard way.

A few years ago I had a friend. She was a sweet, innocent, free-spirited nature lover who never had a cross word to say about anyone. Seriously, she was like a bunny in human form. But when I looked at her chart for the first time, my eyes nearly bugged out of my head. Her chart was dominated by a 29 degree Aries Mars in hard aspect to Saturn, Neptune, and Pluto.

But for the life of me, I just couldn’t see it. All I saw when I was with her was her sweet Pisces Rising and Taurus Venus.  I looked and looked for any evidence of an edge, a dark side, anger, anything that would display that power formation in her chart, but it was all to no avail. I even asked her about it, and she stated emphatically that anger just wasn’t a part of her nature. It simply didn’t play a part in her life.

Until one day she came to me upset that we had been hanging out less. My life had gotten much busier and I just didn’t have the time for our near-daily visits. I apologized and explained. I let her know that I valued her friendship deeply and could commit to at least a weekly chat.

Whiplash fast, her entire demeanor changed. Slamming the door in my face, she began a text storm as soon as she got to her car. While I watched my phone dumbstruck, she hurled insults and threats, even saying she would get a restraining order if I ever spoke to her again.

I was shocked and beyond hurt, but I chose to honor her wishes and go silent. And to this day, she still contacts me every year around the anniversary of our fight to remind me how much anger she still holds.

And now, I believe charts. I don’t mean to say that I wouldn’t have befriended her, but I could have been a whole lot more prepared for the fury that was dropped in my lap. I also wonder what she could have done with that powerful aspect had she been willing to own it. But it’s clear that if we deny our charts healthy expression, it will come out in other ways. So if you see a piece of a chart that just doesn’t seem to connect with the person in front of you, just wait. And believe the chart.

Have you ever failed to believe a chart and had it bite you? What happened?