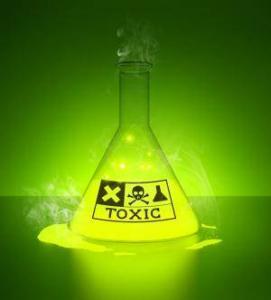 Starting way back when Pluto was in Sagittarius, a cultural phenomenon was born. Popularized by The Secret, the idea was that there is a clear, direct, and causal line connecting your thoughts and your material circumstances. And while science certainly validated the fact that our thoughts do impact our lives, the link was by no means as linear as the positive-thinking folks would have you believe.

This bubble largely burst when Pluto entered Capricorn, and suddenly pie-in-the-sky ideas were derided rather than praised. But slowly, over time, the idea shifted and morphed into a culture of toxic positivity that still holds enormous influence today.

Now it takes on a more Saturnian flair. You’re supposed to wake up and eat excellence for breakfast. Rise and grind! Ignore the haters and speak your money into existence. Manifest the job you want! Cut out anyone who has the audacity to express doubt. Make your life so small that only fans and cheerleaders remain, and if you still don’t achieve your dreams, it’s because you didn’t hustle hard enough.

Ugh. That is no way to live.

“Now, Midara,” I can hear you asking, “Aren’t you the shiny Leo? Aren’t you always talking about being kind to ourselves and seeing the brighter side of tough transits? Aren’t you the one promoting a Sunburst Reading, for goodness’ sake?”

Yes! I am all of those things. But what I don’t believe in is toxic positivity. Real positivity has to make room for real humanity. Sometimes life sucks. It’s hard, it’s exhausting, and we experience very real wounds and trauma. No amount of positivity is going to make those things untrue. And if the positivity that someone is selling doesn’t hold space for grief, pain, and sadness, then it’s not real.

Not only can it not help, but it can actively hurt. Those kinds of attitudes can make people feel worse. It can make them feel as if they’re responsible for their trauma. Imagine telling someone with crippling clinical depression or someone trying to exit an abusive relationship that they just need to think happy thoughts and manifest someone better for themselves. It’s irresponsible at best.

That’s not what I do. I believe that real positivity has to come from real life. It has to be rooted in the life you actually live. I’ve done a lot of Sunburst Readings in the last week, and they seem to be following a template. People have an intractable issue and they’re so tired. They come seeking to shine a light on their problem and to feel a little light themselves.

So we discuss the issue and corresponding transits. We talk about timelines and when certain things may ease. We accept the pain while acknowledging that there is a brighter future ahead. And then we talk about all the amazing, wonderful, brilliant parts of their chart that not only make them great, but make them beautifully suited to handle exactly the problems they’re facing.

Every single chart is gorgeous. Every single person holds the keys to their own liberation. But if we start from a place of denying hardship entirely, we can never come to that brighter place.

What do you think about toxic positivity? How do you find the sunshine when things are dark?