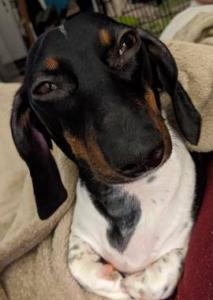 what KIND of treat?

Recently I’ve worked with a string of clients who were having problems with trust. They were waiting for someone who has always been faithful and reliable to betray them, or waiting for money to run out when there was no indication that it would do so. They expected the worst even when the best was staring them in the face. And in every case, I knew what I’d find – Mercury in aspect to Pluto.

Mercury in aspect to Pluto is difficult connection. Mercury rules thinking, and Pluto makes it dark. It makes the worst case scenario appear in sharp relief while anything else looks like a soap opera dream sequence, with blurred edges and questionable dialogue. It just doesn’t seem realistic.

But I think there’s more to it. Mercury/Pluto can also be obsessive. It can get really, really involved with a certain way of thinking that ultimately proves to be all wrong. While we normally associate, for example, someone joining a cult with Neptune or Jupiter, the cult recruiters, the wild-eyed missionaries, and the true believers are all Mercury/Pluto.

So what I see is people, knowingly or unknowingly, choosing the crush of disbelief over the sharp sword of zealotry. Most people I’ve met with this placement have had issues with belief in the past. Many have pasts filled with religious of political extremism. And most have come to the point where exhaustion sets in and extremism is simply no longer possible. When this happens, there’s no other choice. They withdraw from belief and trust entirely and instead question everything.

They test and question over and over because to them it is a far better option that blind, obsessive belief. This, I think is a good thing. The only problems come in when something passes the test over and over and gets no closer to being trusted than when it first arrived on the scene. Eventually, testing and questioning can become its own obsession.

So if you are a Mercury/Pluto person who questions and questions and can’t seem to accept a good thing, try to have a little compassion for yourself. Far better to test than to move blindly. But also attempt to use that sharp Mercury/Pluto gaze to determine what has truly stood the test of time. And in those limited instances, may, just maybe, start to relax.

Do you have Mercury/Pluto? Do you question everything?