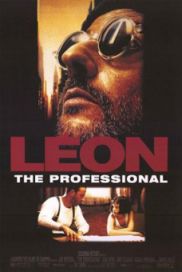 Most of you know the soldier has collected songs for thirty years that remind of me in some way and he’s got all the bases covered. He’s got racing motor songs, left at the altar songs, two criminals on the run songs, Italian songs, regretful man songs, jealousy songs, happy songs, a song for my time with the AMF… you name it.

So some months ago when I was telling him about all the people (there were a 100 of them at least) telling me he was an assassin, and also that his family would kill me if I ever left him etc. – Well he was bound to find a song to commemorate it and this is it.

The song is sappy (his judgment), most his songs are. But you have to admit he’s got a knack. And thing is back then he would be off work 3 days and then got to work for 2 which meant he would be gone for 48 hours and then come home to God knows what depending on who I had been talking to just as the song describes.

Meanwhile I have all this Neptune action – not too hard to change my reality which is a nice segue to the ‘year ago post” I linked today – What Do You Do When No One Wants You To Do The Thing You Want To Do?

When I asked that last year, it was in regards to this issue actually and I am telling you right now when you are a teenager; no one and I mean NO ONE is going to tell you to marry a hit man. 🙂

But on the subject of different perspectives, (Sins of the Father) here is his regarding what went on back then: