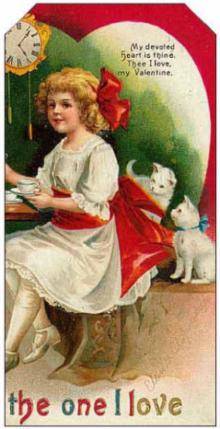 Elsa, I was curious what you think of social media games in personal relationships. I know people that pick their potential partners off social media. I know people push their relationships further by posting pics on FB and IG with indirect messages toward that person. For example they visit a place that the girl they are dating said she likes, or the girl posts pics with a cap the guy offered as a gift. I think the point is that the other person feels flattered and even more attracted or I don’t know.

Or you see bits of ideas you discussed with someone posted online and you wonder if that is a message for you. And it is all pretty public and it looks so childish in my opinion. These are grown up people I am talking about, some in their 20s, 30s or 40s. It looks like this technique was copied from the games celebrities play with tabloids. You know how a star that expects a marriage proposal that just isn’t coming sends a fake story to the press of how she is about to get married in order to press the partner to propose? It’s exactly like that. Only it is generalized. Not to mention the constant flashing on social media of relationships that are not even relationships yet – but this may also be a technique to press the relationship further.

But don’t think you will see two people kissing, more like you will see two hands holding each other, because they are artistic and private like that. Nothing is direct anymore, everything is fluid. Sorry for the long post, I wanted to be understood and I still don’t know if I was. Hope so.

I am not talking about Tinder or SoulMatch.com (that are legit dating places), I am talking of people on FB, IG and Twitter and their games. Why can’t anyone ask you out or say they like you/ don’t like you in person anymore? Actually, in these games, people say everything and somehow say nothing at all.

First off, I appreciate your interest in this. You really seem to understand the machinations going on around you.

I’m not sure I can answer your question, “Why?” This may just be the current way that people communicate. But I will offer my ideas on this!

There was a time that a man sent a woman flowers or a candy with a love note. He now sends her a picture of his penis.

There was a time a woman dropped her handkerchief in front of a man, or faked some kind of stumble that offered him a chance to assist her. Now she invites him directly into her bed.

Those things didn’t last and I don’t think the current way will last either. I don’t know how old you are, but you may be surprised how much things can change in ten or twenty years.

I also think this is somewhat personal to you in that there are many people who don’t play these games or even participate on social media. You’re clearly involved in it. I wonder if your keen interest might be leading you to some kind of breakthrough.

You call yourself a “girl” but if you are older, in your 40’s or 50’s or better; generally there is a point in all our lives when we look at the younger generation(s) and think, what the heck are they doing?

I hope this helps you somehow. And I hope other weigh in so you can further your studies!