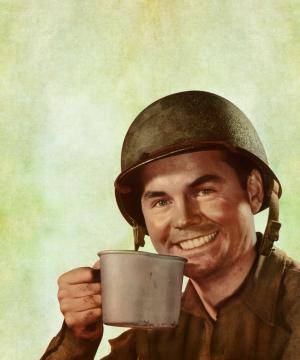 I love the smell of battle in the morning.

Aries are well known hotheads. They generally have a hair-trigger temper and rarely back down from a fight. But why are they like this? Surely this can’t be fun for them? No one can actually be happy this way, right?

Well, actually, they can. Aries is ruled by Mars, which is the warrior of the zodiac, and the Sun is our vital life force. So when an Aries is blowing their top, they are feeling vitally alive. They are expressing their energy in an authentic way. And what feels better than authenticity?

Now, this certainly isn’t all that Aries is good at. Mars is a multi-faceted planet, so you’ll also see Aries happy as a clam when they’re taking action, being heroic, defending the underdog, having sex, driving fast, etc. But sometimes nothing hits the spot quite like a good conflict.

Of course, that can make life pretty difficult for the rest of us, but it gets easier when you realize that for them, anger is just part of life. Yelling ranks right alongside brushing their teeth and putting gas in the car. Aries fury rarely lasts long, and more importantly, it is very rarely personal. Sometimes they just need to scream it out. Hell, they may not even be truly angry! There are times when an argument is just plain sport. Take this exchange I had with my Aries partner:

“You like difficult women! Every girlfriend you’ve had has been willing to battle, and the more formidable an opponent they are, the more you like them.”

“That’s not true at all! My first girlfriend was shy! She barely spoke!”

“Oh, you mean the one who you always say you were desperately bored with?”

“Well, yeah. She wouldn’t disagree with me when I said things that even I knew were absurd. She’d always go along with it. It drove me crazy.”

“Then why are you arguing with me about it? You just proved my point.”

Or take an Aries friend of mine. I can always tell she’s in a good mood when she purposely picks at me or starts an argument over something absurd like the Oxford comma, sandwiches, or whether a compliment I gave her was somehow too nice. And it always culminates in a gleeful, thunderous “FIGHT ME.”

They’re not angry, they’re not upset, and they’re definitely not malicious! They are simply being exactly who they are. And really, it’s beautiful to behold. I love seeing the mischief glinting in their eyes, watching them work themselves up to 11, and then just as suddenly dial it back down. And the gratitude and relief on their face is priceless when they see you can stand up, land a few verbal blows yourself, and then laugh it off. For Aries, fighting is part of how they play and even how they show affection. And when you understand that, you understand them. So the next time your Aries loses their cool, feel free put on your armor and go to war. And when it blows over, smile and let them know that you love them, every silly, exuberant, aggressive inch. They’ll return the favor in spades. 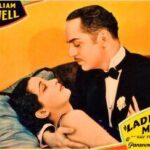