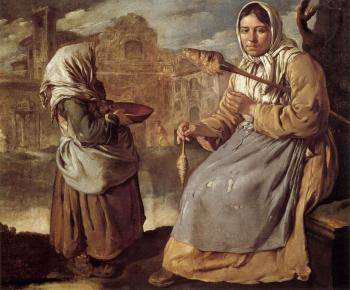 So glad I got that communications degree.

One of the things that distinguishes millennials from other generations is a deep sense of disillusionment. The world is just not what they were raised to expect, and they’re now being asked to navigate an environment they were in no way prepared for. What can astrology tell us about why this is?

The millennial generation (which, full disclosure, I am a part of) were born between the early to mid 80’s through the late 90’s. Their ages now range from the mid-20’s to late 30’s. Looking at the outer planets, which define generations, we see that Neptune was in Capricorn from 1984-1998, and Pluto was in Scorpio from 1983-1995. So nearly every millennial has these placements.

So what does that mean? First, Neptune, depending on what source you use, is in its fall in Capricorn. There is some debate about this (some sources say its fall is in Aquarius), but ask any millennial about the state of their dreams and I think you’ll see why I’m in the Capricorn camp. Millennials were raised in a world that that made certain promises about what the future would look like. Work hard, get an education, be morally upright and you too will be able to own a home, have a career you find reasonably enjoyable, raise a family, and trust the institutions around you to be fair and supportive. Basically, if they could incorporate all the best characteristics of Capricorn, they could reap the benefits in a structured, reliable way.

This, clearly, is not what happened. Instead, Neptune eroded the institutions. Those Capricorn dreams turned out to be illusions. Millennials were instead faced with the reality that hard work offers no guarantees, government and financial institutions are unreliable and often unfair, and that pursuing higher education may be the most costly and burdensome mistake they could possibly make. No matter how hard they worked to get a foothold (Capricorn), the path kept dissolving in front of them (Neptune).

Millennials also came of age as Neptune was transiting Aquarius. They saw technology come to dominate the world. They are the last generation to have gone to the library to look something up, and the first to rely on Google instead. They were the last generation to experience privacy, and the first to embrace the dream that technology could be an equalizing force creating an interconnected humanity.

Of course, this dream turned out to be an illusion as well. While the internet has flattened the globe to some degree, power structures not only remain are but have been exploited and reinforced in the new paradigm. What was once a platform for everyday people to connect and share knowledge is now a tool for social disruption and power consolidation by bad actors. It’s now a tool for social control. And so another dream bites the dust.

Millennials seem to be a generation doomed to see their dreams become illusion when faced with cold reality. And clearly, this has been true. That Neptune in Capricorn has its benefits. Millennials are better than any generation I’ve ever seen at cutting through false promises, overblown ideals, corporate/government pandering, and all manner of other bullshit. And through this, millennials are able to access a power that carries them through. They know by now that no one is coming to save them. There is no white knight. So, instead, it’s up to them to make their dreams (Neptune) a reality (Capricorn). It’s up to them to create a society in which compassionate (Neptune) power structures (Capricorn) rule the day. And little by little, that’s exactly what they’re doing. Keep an eye on this generation in the decades to come. Watch for that Neptune in Capricorn signature as they come into power. And marvel at how that disillusionment turns into a commitment building a world that cares for each and every member of society, regardless of how much power they hold. Watch them make their dreams of a compassionate society real.

Millennials, can you relate? What’s your Neptune in Capricorn story?

Skip to Why Are Millennials So Disillusioned – The Pluto Connection 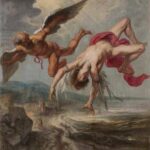 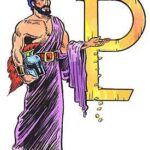