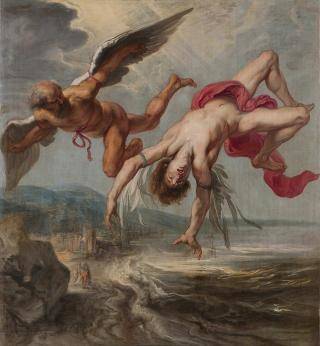 But my vision board!

In my last post, Why Are Millennials So Disillusioned? we talked a lot about Neptune’s role in shaping the generation. But when we didn’t discuss was the part that Pluto, the other generational planet, played in making millennials who they are.

Millennials grew up while Pluto was transiting Sagittarius. They were raised in a world of unbridled optimism. The Secret, the dot-com boom, the housing bubble, the gravy train that went on and on. This is the world they were told they would inherit. Education and an enterprising spirit were the keys to unlimited abundance. And it that didn’t work, throw up a vision board and watch the riches flow.

They grew up daring to dream.

And then Pluto entered Capricorn. The bubble burst, the market collapsed, and the high-flying age of the Sagittarian Icarus came crashing to the ground. As an older Millennial myself, this occurred right as I came of age, left college and tried to establish myself in the world. A few years before, the goal had been to take a year off after my bachelor’s degree, see the world, and go back to fulfill my Sagittarian dream of completing my PhD and becoming a professor. Suddenly, the brokenness of the higher education system, with adjunct professors working 70+ hours a week and surviving on food stamps while universities tripled the administrative staff and built multi-million dollar housing for high-income students, became public knowledge. The dream just couldn’t be. Seemingly overnight, I was alone, terrified, and exhausted, working multiple minimum-wage jobs and trying to figure out what the hell I was going to do with the rest of my life.  And I was hardly alone. While the details vary, this general theme was universal for the people in my cohort, and it has shaped us profoundly.

For many of us, Pluto’s ingress into Capricorn also corresponded with Pluto transiting conjunct our natal Neptune. Pluto not only shaped the landscape in which we would try to become established, but it also effectively killed our dreams. None of us are on Plan A. Or B. Or even G. For most of us, the very idea of the life we once thought we could have is laughable. Instead, millennials have become a generation of realists, even nihilsts, who know the worthlessness of what we’ve been sold.

Instead, millennials fall back on Pluto in Scorpio to help navigate around the empty promises and brokenness of the system. They use their growing social power (Pluto) to protect the weak (Scorpio). They see the secret network of power and influence that manipulates the world, and they are determined to take it down.

With Pluto in Scorpio and Neptune in Capricorn, millennials are a generation that has witnessed the world crumble before them, exposing the network of corruption and cynicism that pulled the strings. They found the man behind the curtain, and the Wizard of Oz is dead.

But they are also a generation that sees the opportunity in the destruction. Increasingly, they recognize their power and are determined to use it to create a world with sound structures rebuilt from the ground up. They are compassionate realists (Neptune in Capricorn) who want to protect humanity from the corruption power inevitably creates (Pluto in Scorpio). Millennials watched as the world as they knew it was destroyed, and they might just be our best chance to save it. Just watch.

Millennials, how has Pluto’s march from Scorpio to Capricorn affected you?