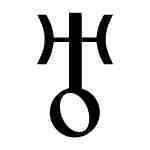 Someone emailed me to ask who the soldier is. This happens once a month at least so I guess I ought to write something concise I can just refer people to. Also this will demonstrate how Uranus transits work.

It was Stephen Arroyo who wrote years ago that while things move quickly under Uranus transit. People think you are crazy and so forth, but in reality the changes that come very suddenly were seeded years prior. It’s the kind of transit where the battered wife up who has put up with abuse for years up and leaves her husband. She just walks out one day. She gets herself free and the people who know her are stunned. They don’t know what is going on and it is not important to her to tell them. All that matters to her is that she be liberated from the situation at long last. So in this case…

I met the soldier when I was 17 and he was 19 and we fell madly in love. We ran together for 3 years and enjoyed a freakish level of compatibility in between our fights and break ups. The Thing On The Other Side Of The World That Changed Our Lives happened (and various other sundries) and we wound up not marrying which is something we both feel at this point was an egregious mistake. He went off to join special forces, become the best soldier in the world and so forth. I went off to live my life.

I started writing online in 2000 and first wrote about the soldier in 2001. I wrote about him as if he were dead which I have assumed he was my whole life. Late in 2003 I googled him to confirm this. I thought I might find record of his death but instead I found him alive so I emailed. Pluto was station on my Sun at the time… a man back from the dead.

He immediately started telling me all his Special Forces stories and he didn’t mess around. He completely unloaded over the course of a few months, the Pluto transit and all. He worked up to confiding what he considered the worst thing he had ever done, his potential “mortal sin” and you 12 steppers out there might equate this to the fourth step.

I took it as such and just let him talk… this took a couple months, maybe three and at the end of that time there was about a week of lull before I (abruptly) cut off contact with him in a way that was necessary but traumatic to both of us. What I did is block his email without warning or specific explanation, obviously for very good reason.

From there I went on the meet the AMF. I spent the next three years with him and loved him very much. I had no contact with the soldier whatsoever. Pissed off, I had closed the book. 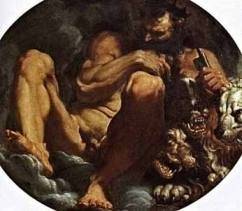 Meantime he did what he does. He thought and felt deeply. He went to church and prayed. He did all sorts of penance on the chance he did in fact commit a mortal sin (I don’t think so). He suffered gobs of angst, writhed around, questioned everything and applied his entire heart and soul in taking any and all action humanly possible to solve the problems that dogged him.

Getting the stories out had a profound effect as you may imagine. He had never told anyone before and with this stuff released there was opportunity for healing and he took it. When he contacted me at the end of 2006 there was perceptible change the way it happens on the other side of a “dark night of the soul”.

I was glad to hear from him and we committed at this time to maintain some sort of contact for the rest of our lives. He asked that if I wanted or needed to be out of communication with him that I warn him rather than pull the plug the way I did and I agreed to this. As brutal as is what I did may sound, it really was necessary. We both knew that while I did the deed we were both responsible so we decided to not create circumstances that would make it necessary to do it again and we had a contingency plan if they arose. That is, I would tell him first.

The AMF and I separated in November of 2006 and in February of 2007, I started writing The Soldier and P having no idea it would turn into such an epic story, never mind what has happened since.

We are just being sewn together, I don’t know what else to say. After awhile you stop questioning as it becomes more and more obvious it is bigger than both of us.

So that’s who the soldier is and this as you can see the first rumblings of what happened during my Uranus transit occurred 7 years ago… 1/12 of a Uranus cycle of 84 years, no surprise there.