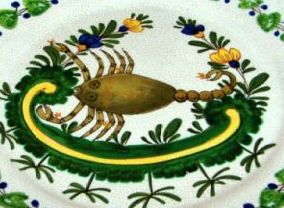 Today I got tip from a client because she pulled a big coup in her life.  She credited me with doing the good thing. I laughed because I have done this same thing.

Some months ago I had an uptick in business and I told HQ and the Mechanic that it was because one of the readers here. I gave this gal total credit and had not a thought otherwise. I was stunned when the Mechanic wrote back to say very politely  that I may be overstating her contribution. Huh?

I realized he had a point.  The 8000 posts on this blog probably have a lot to do with why people hire me but that does not mean I did not get an energetic push from this gal because I believe I did.

For the record, both women I mention here have Scorpio Moons.  I have an easy exchange with the Moon in Scorpio but outside of that there are a couple of points I want to make.

Plutonians tend to feel themselves repulsive at least part of the time so you can see how this can manifest in this way.  The gal with the coup was on the national radio today (BBC) up against a “very important person” aka “an erudite cock” (her words) and she kicked his ass all over the place (my words).  She credited me but the fact is she is super smart, well spoken and tops in her field had much to do with her performance.

That said, I probably did help her.  She said I removed her fear and she is in a position to know which is my second point:

Most people helped by a Plutonian deny it. They hid you under the rug or in the closet. Anything in the world but admit they came up on your energy… and then there are the exceptions.

The exceptions are very sensitive types, compassionate and grateful. These are qualities you don’t often see associated with the Moon in Scorpio but I see this all the time.

Separate but related – Scorpio – The Least Appreciated Sign By Far