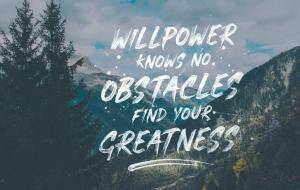 When first learning astrology, it’s easy to grasp some of the differences between the signs – elements, gender, etc. But what often trips people up is modality. What precisely, does it mean for a sign to be cardinal or mutable? What does modality represent? Modality is how signs act or operate in the world. For example:

·         Cardinal signs act. They are the tip of the spear, the cutting edge that paves the way for other signs to follow. Cardinal signs are first ones to jump off the couch (if they were ever on it in the first place) and say, “Let’s GO!” Because they are such pioneers, they can face lots of resistance, but they are more than suited to take on any doubts.

·         Fixed signs will. They maintain what is already in existence, and they keep the fires burning. They are the ones to plant their feet in the earth and dare you to try to move them. Because they hold together what wishes to fly apart, they operate from sheer force of will. However difficult it is, they are masters at powering through.

·         Mutable signs flow. They redirect energy like wing Chun masters, using an opponent’s force against them. They go with the flow and accept the constantly changing forces of life. Because they react to the exterior world, they can sometimes feel buffeted by the winds of change, but their sensitivity to the flow of life makes them more than capable of catching the right wave.

So when you’re considering what is means to have, for example, the Moon in Scorpio, don’t just read rote descriptions. Take these building blocks, including modality, and build meaning for yourself.

Does your chart lean toward one modality over another? What is it like?